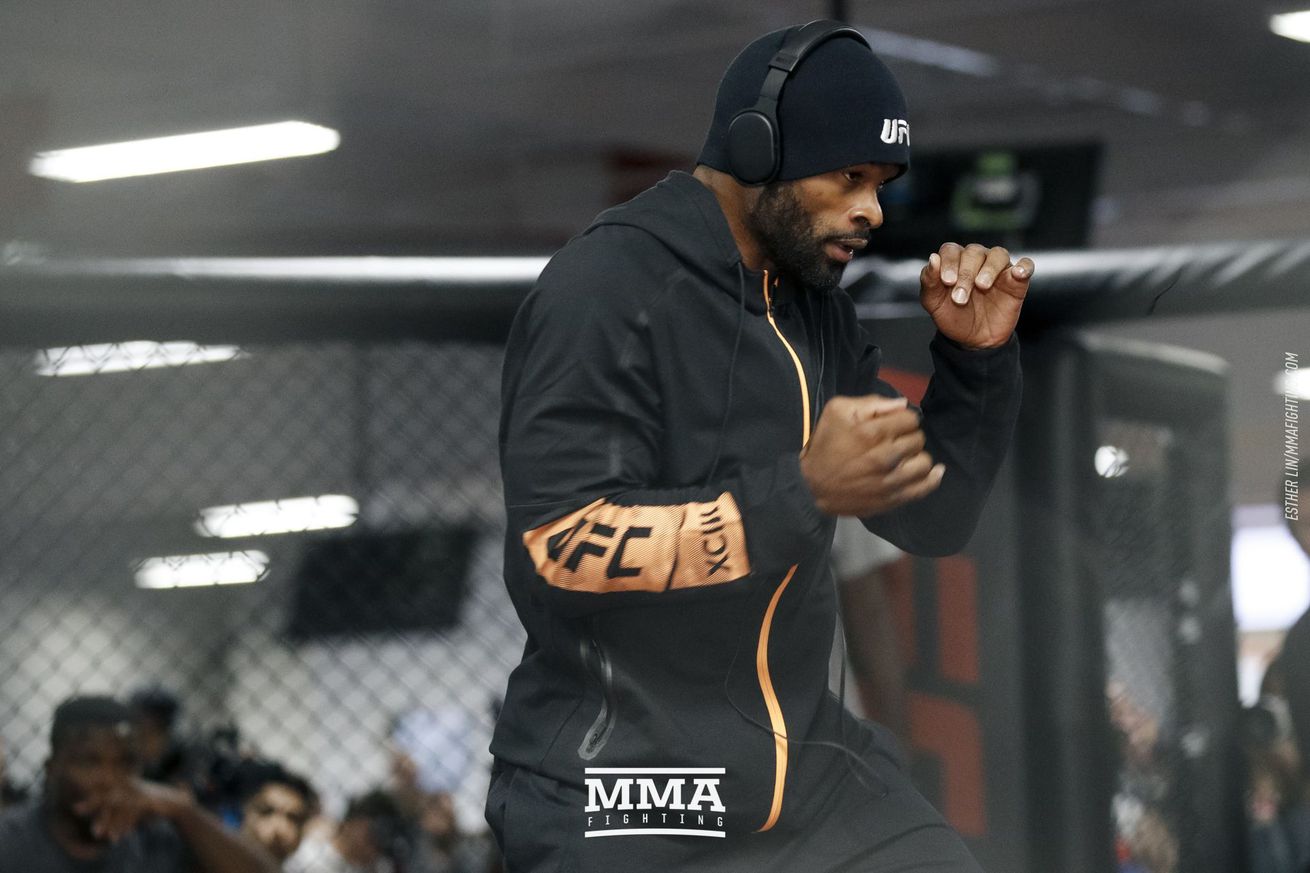 LA MIRADA, Calif. — Tyron Woodley says he can have an understanding about how a fight will go just from his opponent’s demeanor — and his eyes — during the pre-bout staredown.

For the first time, Woodley got a chance to face off with Demian Maia on Wednesday after the UFC 214 pre-fight press conference. And he believes he noticed a tell.

“His face was twitching a little bit,” Woodley said at UFC 214 open workouts Thursday at UFC Gym. “Sometimes guys want to show you that they’re ready and they really want something. They can’t stop their face from convulsing and kind of trembling a little bit.”

Woodley will defend his UFC welterweight title against Maia on Saturday night in the co-main event of the card from Anaheim, Calif. They will face off one more time at ceremonial weigh-ins Friday afternoon at Honda Center. But Woodley believes he already has some insight into what Maia is thinking.

On an episode of UFC Embedded this week, Maia mentioned something about going out with a big title victory. The Brazilian is 39 years old and he understands he doesn’t have much longer to go in the sport of MMA. Woodley, though, listens carefully to things like this. He thinks Maia might have had a slip of the tongue.

“This is his shot, man,” Woodley said. “He said one thing in the Embedded thing that really struck a nerve for me. He said, ‘What better way to go out?’ When you start talking about going out when you’re fighting me, I’m a guy that has retired a lot of fighters. Look at Jay Hieron, look at Andre Galvao. Those are guys that didn’t fight again after they fought me. If you’re going into this fight thinking this is going to be the crown on the top of your career, I’m the wrong guy. I’m never getting you access to that. I’m not gonna let you get 20 wins against me.”

Woodley, 35, stopped short of saying he believes he’ll retire Maia. “The Chosen One” just thinks he’ll get a win that will allow him to further solidify his standing as the best welterweight in the world.

During the open workout scrum, Woodley shut down reports who wanted to ask him about Georges St-Pierre, who could be his title defense, or Floyd Mayweather vs. Conor McGregor. The Ferguson, Mo., said fighters who are thinking about the future or something else are fixing for a letdown in the fight they’re supposed to be focusing on. So, he wanted to talk about Maia.

Maia and that little twitch Wednesday during the press conference faceoff at Novo in Downtown Los Angeles. Woodley is keeping that in the back of his mind and he believes he knows what it indicates.

“It means you’re trying too hard,” Woodley said. “If you really mean it, if you’re really about that life, you don’t have to force it. I’m just calm. I’m relaxed, I don’t have no beef against you. But when you look at me, you know I’m coming to try and knock out you on Saturday. That’s my game plan.”