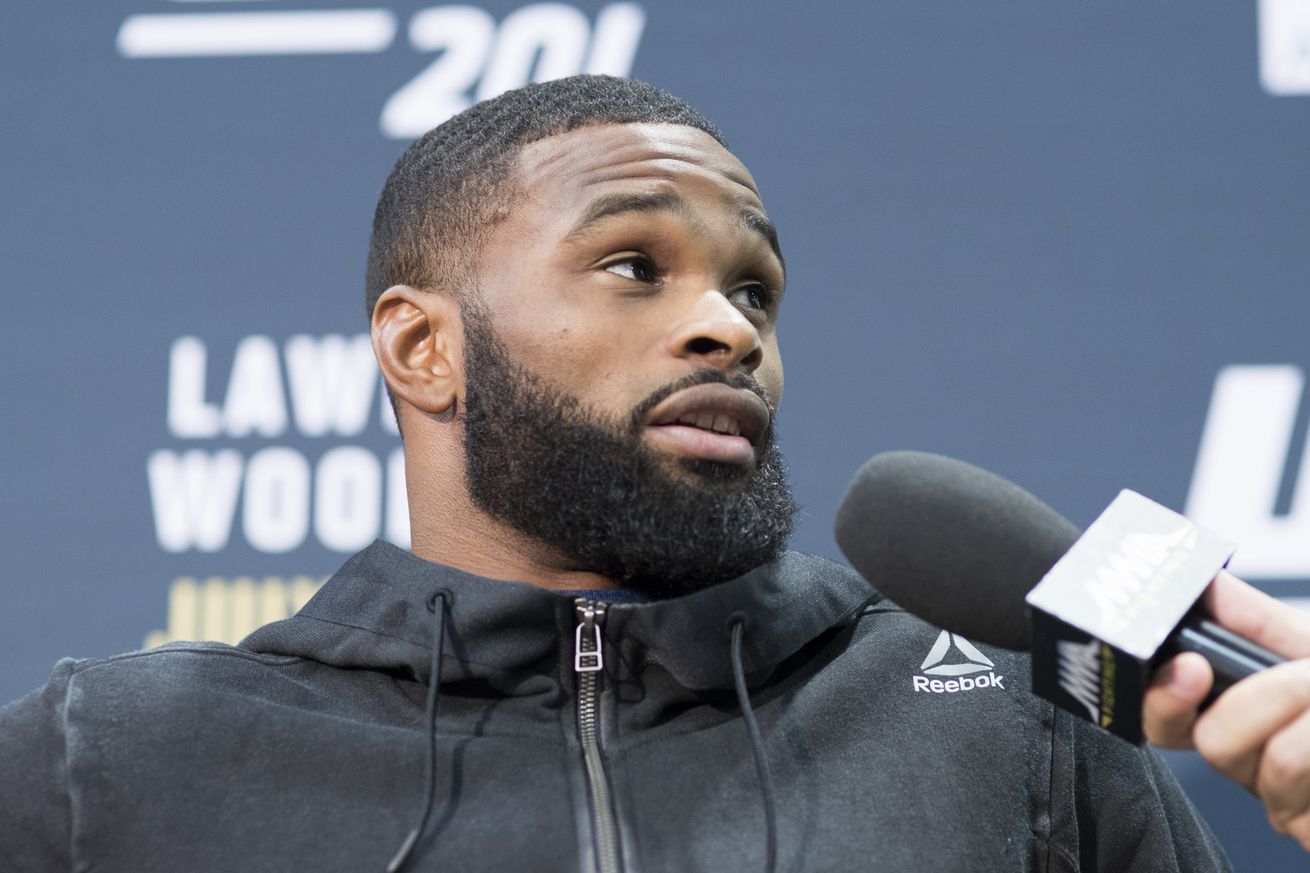 If it felt like Tyron Woodley wasn’t going out of his way to promote UFC 201, that’s because he wasn’t.

Woodley dethroned Robbie Lawler to became the new UFC welterweight champion at UFC 201, stopping Lawler with a memorable first-round knockout. However the lead-up to fight night was quieter than most pay-per-views, with Woodley even electing to answer nearly every question at UFC 201 media day with some variation of “I’m the best welterweight in the world,” apart from an interview he conducted with MMA Fighting’s Ariel Helwani.

And according to Woodley, there was a reason for that.

“I felt like, in general, the fight could’ve been promoted a little bit better,” Woodley said Monday on The MMA Hour. “We kind of got smashed in between UFC 200 and UFC 202. There wasn’t a ton of publicity and a ton of marketing done for the actual fight, and with that said, I wasn’t the champion at the time, so I didn’t really feel compelled and I didn’t have the financial incentive to really push the fight and go above and beyond.