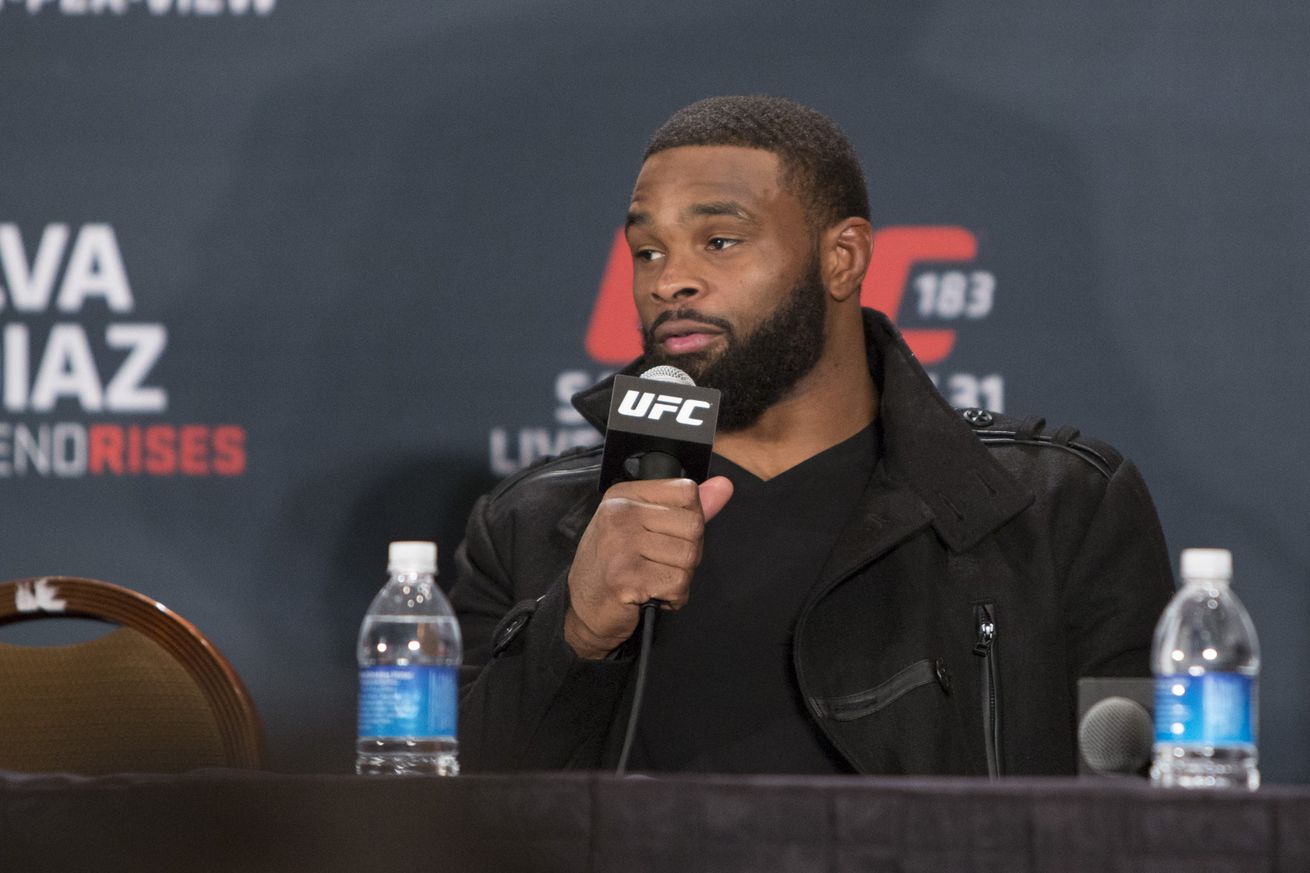 Reports surfaced that the UFC is targeting a matchup between Woodley and welterweight champion Robbie Lawler for UFC 201 July 30 in Atlanta.

It’s that verbiage that is a little worrying, though. “Targeting.” “In the works.” Every report comes with a qualifier, indicating that nothing is official.

“I would say ‘targeted,’ ‘in the works,’ I would say that’s accurate,” Woodley told MMA Fighting. “I would like to think this is officially…You know, Jon Jones fought April 23, then he was ‘officially’ fighting Daniel Cormier. These guys had a bout agreement signed, then he was on a press tour. I understand the game. I’m not a sensitive guy. But I realize I’m one fight away from not having any other fighter dictate my future…All I have to do is perform, then you won’t have ‘targeted,’ you won’t have ‘in the works.’ You will have a bout agreement. You’ll have it signed.”

Currently, Woodley says a verbal agreement is in place between him and Lawler.

“Both guys have agreed to the fight, but the bout agreement has not been signed,” Woodley said. “It’s a crazy world, man. It’s targeted for [UFC] 201, but I wouldn’t be surprised to see us fighting on 200.”

While the 15-3 fighter remains confident that the fight will happen as planned, that “crazy world” he speaks of looms large. Until papers are signed, the bout could potentially change, a point Woodley understands all too well—especially as it pertains to facing Lawler.

“Me and Robbie have a ton of history,” Woodley said. “We were scheduled to fight at the last Strikeforce [event], but it got canceled. I was asked to fight him when he fought Bobby Voelker [at UFC on Fox 8]. So it’s something that isn’t new for ….View full article