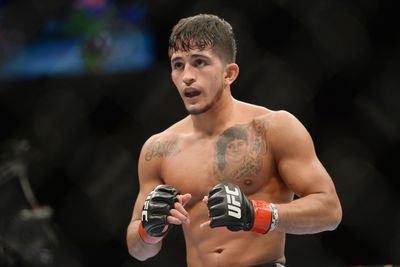 More fights are coming to Fight Pass online digital network and FOX Sports 1 this weekend (Sat., March 14, 2015) when UFC 185: “Pettis vs. Dos Anjos” kicks off from American Airlines Center in Dallas, Texas. MMAmania.com’s Patrick Stumberg kicks off the UFC 185 “Prelims” party with part one of a two-part under card preview series.

Two titles, one night and plenty more where that came from.

This Saturday night (March 14, 2015), Ultimate Fighting Championship (UFC) heads down to American Airlines Center in Dallas, Texas, bringing with it a pair of title fights atop a stacked pay-per-view (PPV) card.