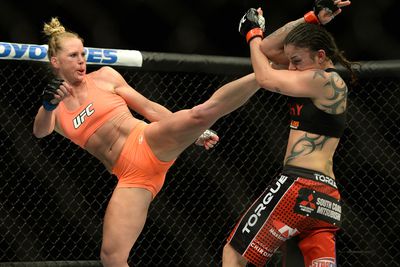 Holm is one of the most decorated female athletes to ever step into the Octagon. She’s a multiple time champion in boxing, professional kickboxer, and has won a regional title in MMA.

However, to be frank, Holm has yet to truly impress inside the Octagon. Her first fight resulted in a close split decision victory, and her most recent victory was clear but rather uneventful. Nonetheless, she faces a massive step up in competition here and has an opportunity to make a serious impression here.

Let’s take a closer look at her skill set:

Along with Strawweight champion, Joanna Jedrzejczyk, Holm is clearly the best striker in women’s MMA. As mentioned, she was a highly successful professional boxer and strikes with a patience that’s ….View original article