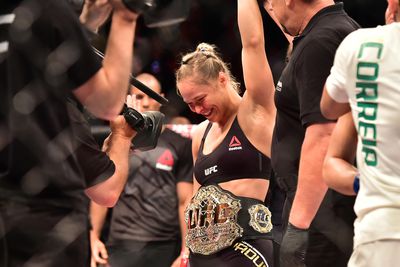 At this point, it’s stupid to argue that Rousey is not the most dominant champion in UFC. Say what you will about her competition — and those criticisms are not totally unfounded — but there has never been a fighter so far ahead of the rest of her division.

Let’s take a closer look at the skills Rousey utilizes to produce such incredible victories:

Rousey has finished three of her last four opponents via knockout, and those fights lasted a grand total 116 seconds. There are numerous technical issues with how Rousey punches and, in general, strikes, but her aggression and power ….View original article