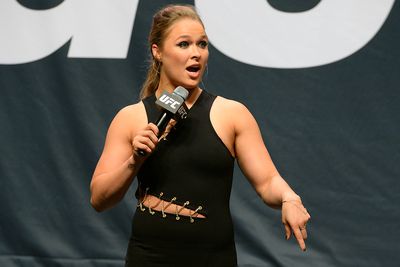 Nice to see someone is FINALLY thinking about the children.

But while 60,000 fans are expected to pack the Etihad Stadium, not everyone “Down Under” is jumping for joy. That includes child advocate Dr. Phil West, who in a letter to the Premier insisted the presence of youngsters at the “savage and brutal” event would be in breach of Victorian law and “potentially facilitating child abuse.”

One half of the headlining act and UFC women’s bantamweight champion Ronda Rousey, however, disagrees.

“I don’t believe it’s violent at all,” Rousey told News 7. “I think it’s called martial arts for a reason, it’s an art. It might look a little graphic, it doesn’t actually mean it’s that dangerous. Most of the injuries in the sport are actually cosmetic.”

UFC has been able to penetrate a majority of foreign and domestic markets with its unique brand of combat sports; however, there still remains a few stones unturned, ….View original article