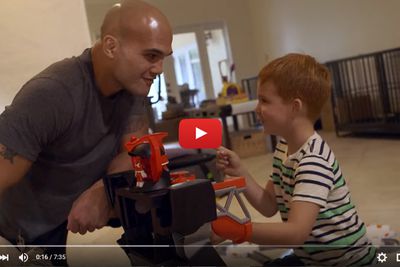 On Episode 1 of UFC 195 Embedded, UFC welterweight champion Robbie Lawler celebrates Christmas with his family in Florida. Challenger Carlos Condit cooks for his kids in Albuquerque, while heavyweight contender Stipe Miocic dines with his future in-laws in rainy Cleveland. Former heavyweight champion Andrei Arlovski drags his entire camp into the snow for a bare-knuckle cold weather contest. UFC Embedded is an all-access, behind-the-scenes video blog leading up to the welterweight fight at UFC 195: Lawler vs. Condit, Saturday, January 2 on Pay-Per-View.