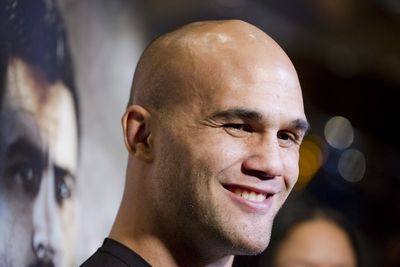 Ultimate Fighting Championship (UFC) is back, which means Nostradumbass is back with it, for the upcoming UFC 195: “Lawler vs. Condit” pay-per-view (PPV) event scheduled for tomorrow night (Sat., Jan. 2, 2016) inside MGM Grand Garden Arena in Las Vegas, Nevada.

That’s where Robbie Lawler will try to continue his torrid run through the welterweight division, already proving he’s not a one-hit wonder with last month’s destruction of Rory MacDonald. Standing in his way is the always-dangerous Carlos Condit, who previously held the interim strap because he’s pretty damn good.

Good enough to topple Lawler? That remains to be seen.

In the UFC 195 co-main event, Andrei Arlovski looks to continue his improbable march back to the 265-pound title by thwarting venerable heavyweight bruiser Stipe Miocic. “The Pitbull” is 4-0 since returning to ZUFFA in June 2014 with two wins by knockout.

One more and he’s likely to face the winner of this fight.

If you want to see what’s doing on the UFC 195 “Prelims,” the charming and handsome Patty Stumberg did his usual bang-up job dissecting those match ups here and here. While you’re at it, check out his “Lawler vs. Condit” odds and best bets right here.

Enough potatoes. Let’s get to the meat.

Nostradumbass predicts: What’s great about this main event, as well as this division as a whole, is that you can make an argument for both fighters winning tomorrow night’s headliner and neither case would be readily dismissed. That’s a testament to the respective skill sets of both fighters.

Honestly, I wasn’t expecting much from Robbie Lawler when he came back to UFC in early 2013. After all, his Strikeforce record was a forgettable 3-5 and he was already 31 ….View full article