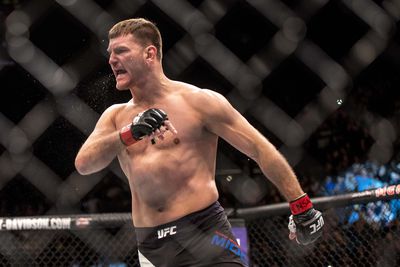 After an outstanding UFC 195: “Lawler vs Condit” event, MMAmania.com ponders what is next for the main card winners who picked up victories last Saturday night (Jan., 2, 2016) on pay-per-view inside the MGM Grand Garden Arena in Las Vegas, Nevada.

In the main event, Robbie Lawler just barely retained his title via split decision over Carlos Condit in one of the best Welterweight title fights of all time (highlights here). It’s not very often the “Fight of the Year” is decided just two days in, but Condit and Lawler may have very well sealed that title with their epic battle.

The co-main event featured Stipe Miocic taking on Andrei Arlovski in what many considered to be a No. 1 contender fight. It took a mere 54 seconds for Miocic to knockout the former UFC Heavyweight champ, and Dana White gave him a crack at UFC gold on the spot.

With that quick recap of last night’s marquee bouts, it’s now time to play matchmaker with our “Next Matches To Make.”

Who Should He Fight Next: Carlos Condit

Who wouldn’t want a rematch after the legendary Welterweight title fight at UFC 195?

The fight was such a technical and violent masterpiece, showcasing MMA at its truest and best form.

Somehow the highly anticipated battle exceeded expectations, and it would be unbelievable to have them run it back at UFC 200.

If Condit indeed retires as he mentioned following the grueling affair, then the options for Lawler’s next opponent are ….View full article