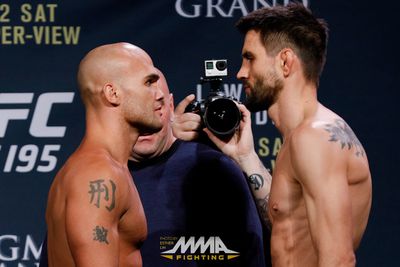 What better way to ring in the new year than by punching people in the face?

Headlining this weekend’s big shebang is the welterweight title fight pitting division kingpin Robbie Lawler opposite ex-interim straphanger Carlos Condit. In the heavyweight co-main event, Andrei Arlovski and Stipe Miocic bang it out for the next crack at the 265-pound crown.

And that’s just the tip of the proverbial iceberg.