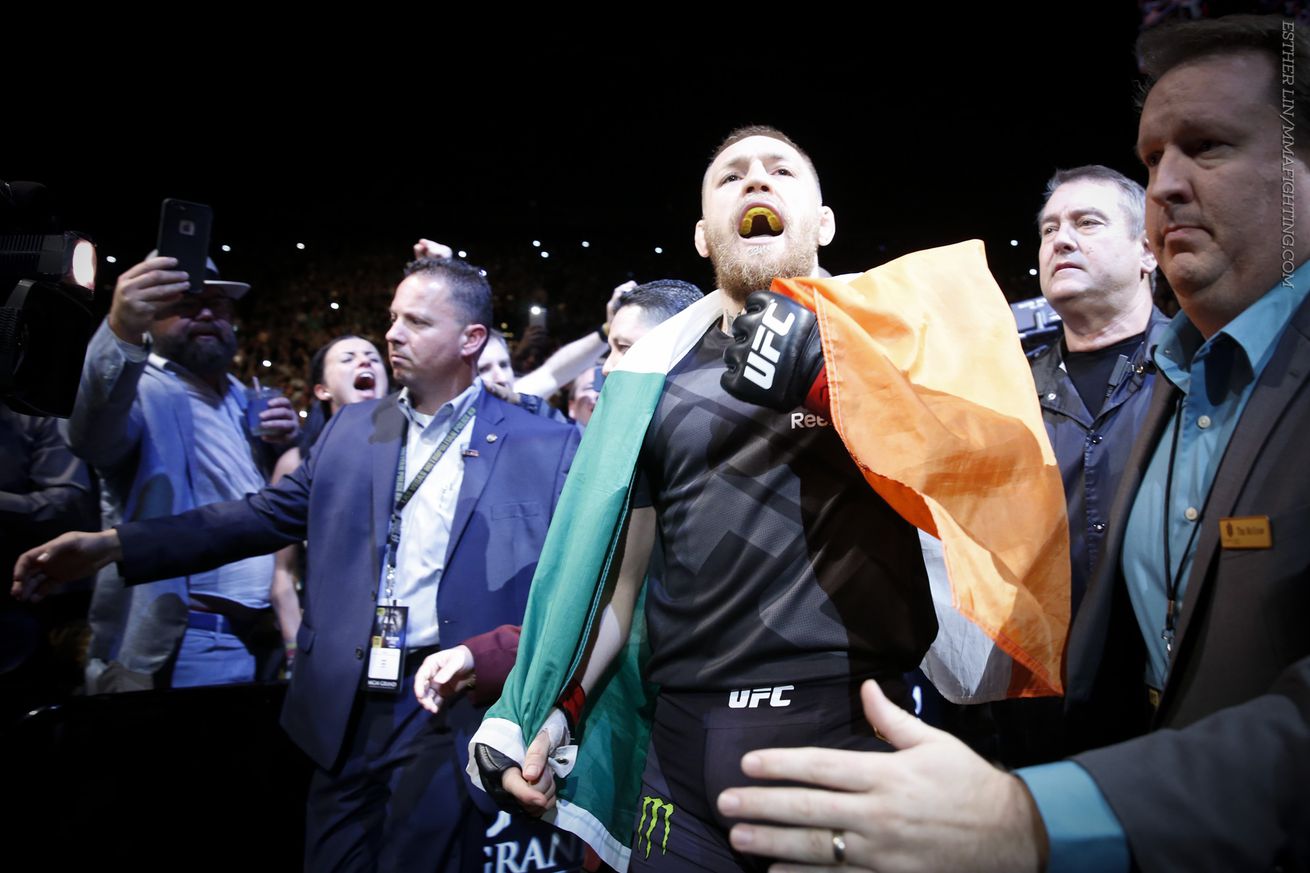 LAS VEGAS — A question for those fighters who took joy in Conor McGregor’s loss to Nate Diaz on Saturday night at UFC 196: Have you ever attempted what the UFC featherweight champion tried to pull off?

How many of those who took shots at McGregor after being submitted by Diaz at the MGM Grand ever went up two weight classes on short notice to save a show when a main event fighter pulled out? I don’t see too many hands raised right now.

For all the talk about superfights that have come and gone over the years, how many champions actually took the plunge and attempted to claim a second crown? McGregor was ready to try it when Rafael dos Anjos had to pull out Saturday night’s original main event. Dozens have held UFC gold since B.J. Penn was the last to go up in weight class as a reigning champ and challenge for another title, but McGregor was the only one ready to put his money where his mouth was.

And, oh yeah, this event is called UFC 196 and not UFC 197 because both ends of the heavyweight title fight for the original UFC 196 on Feb. 6, Fabricio Werdum and Cain Velasquez, pulled out within 24 hours of each other, causing the original UFC 196 to be rebranded as a UFC Fight Night.

Granted, no one should be pressured to fight hurt, and no one has to accept a short-notice fight when there’s a lot on the line.

But let’s ponder an alternate universe for a moment, one in which McGregor turned down Chad Mendes at UFC 189 and Nate Diaz last night. Would the UFC be riding anywhere near as big a wave of momentum as it currently enjoys had McGregor taken his ball and gone home?

Sure, the shows ….View full article