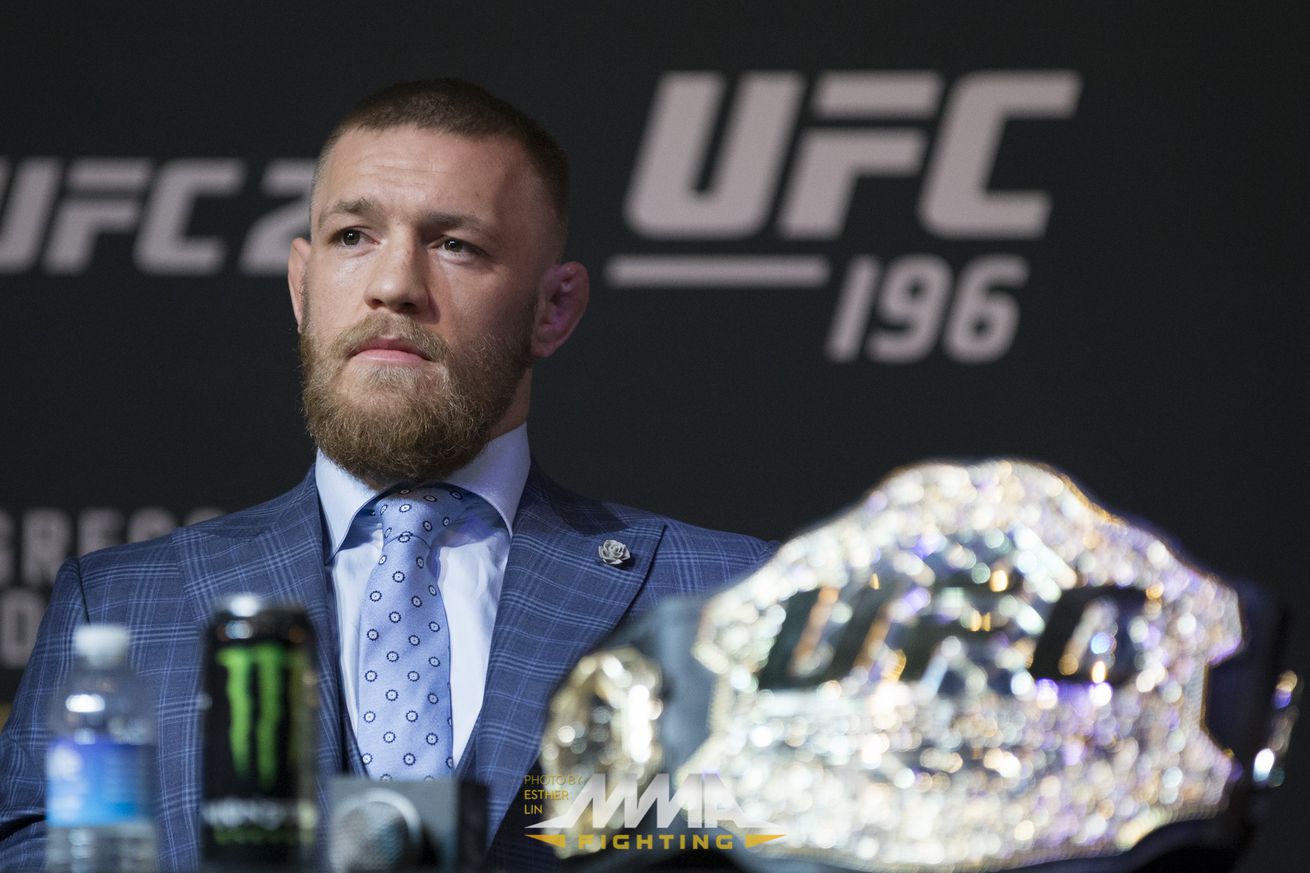 The Irishman knows he still has the Featherweight strap to defend, and a stable of hungry contenders looking to get their crack at him.

At the post-fight press conference (watch the replay here), McGregor was undecided as to who would be next in line for a shot at his title.

“It’s hard not to give (Jose) Aldo another go. He was 10 years undefeated. But again, he pulls out a lot; he doesn’t show up. Frankie (Edgar) at least gets in there and competes. I don’t know. I’ll keep my ear to the ground and see who the fans want to see the most.”

As Edgar campaigned for his title shot on the FOX Sports 1 post-fight show, Aldo took to Twitter to call out “The Notorious” one to a rematch at UFC 200.

Of course, UFC President Dana White was noncommittal when it came to who would get the next crack at McGregor, but you can be certain he will have at least one very displeased Featherweight by the time he makes the announcement.

With Edgar reeling off five straight victories — including three finishes — against top notch competition, and Aldo most recently falling victim to a 13-second knockout loss to McGregor, you have to wonder where UFC brass goes from here.

In my estimation, it is time “The Answer” got his shot at the Irishman.

For continuous coverage of the entire UFC 196 card, including post-fight recaps and analysis, click here and here.