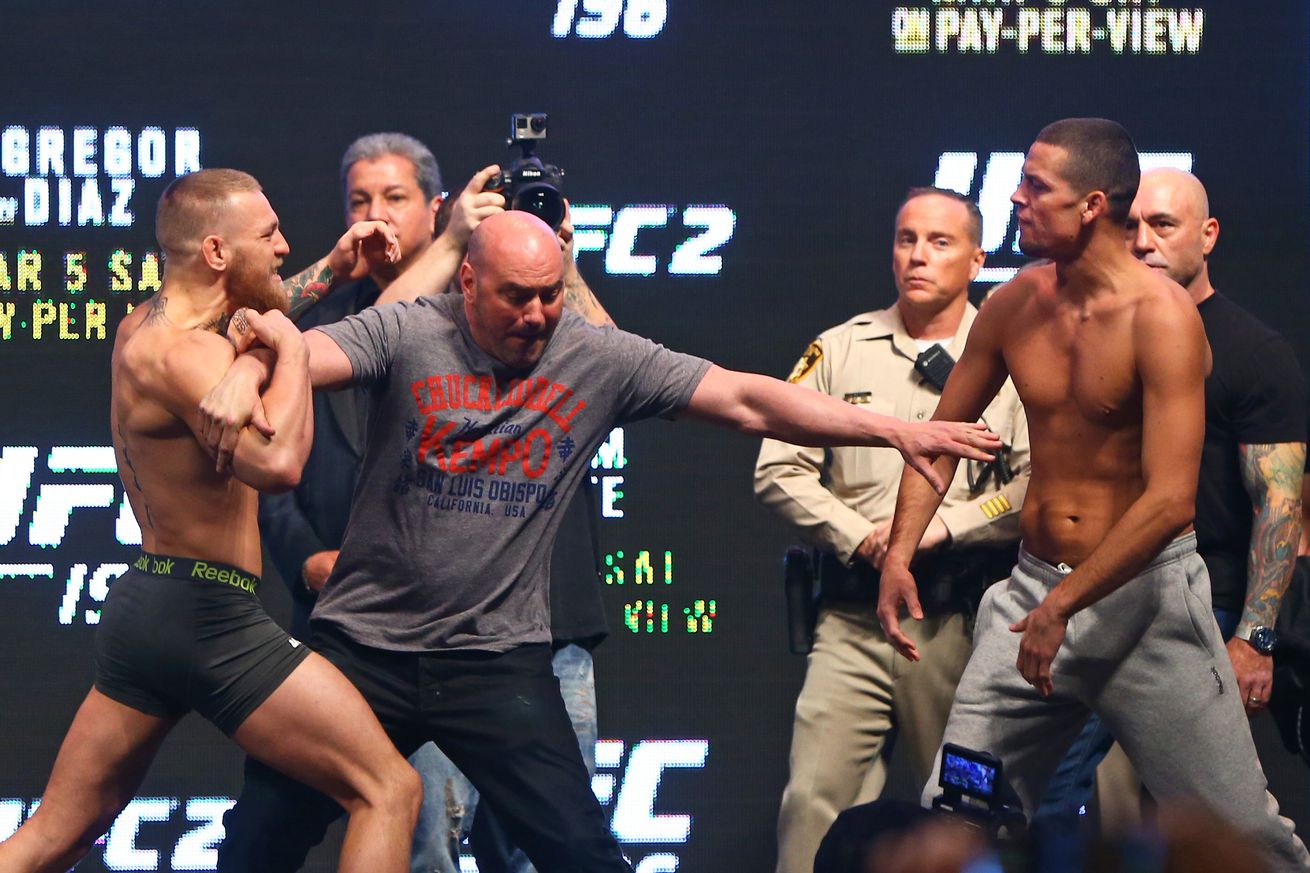 Conor McGregor and Nate Diaz will go to war TONIGHT (March 5, 2016) at UFC 196 inside MGM Grand Garden Arena in Las Vegas, Nevada. In a match up of lanky strikers, what adjustments must be made for either man to claim victory? Find out below!

McGregor has proven that he’s willing to fight just about anyone. After another opponent pulled out just days before the event, McGregor has stepped up in weight to throw down with the younger Diaz brother.

Meanwhile, it may not be under usual circumstances, but Diaz managed to secure a bout with the fiery Irishman. Now after plenty of talk, Diaz will have his chance to send McGregor back to Featherweight with his tail between his legs.

Conor McGregor
Record: 19-2
Key Wins: Jose Aldo (UFC 194), Chad Mendes (UFC 189), Dustin Poirier (UFC 178)
Key Losses: None
Keys to Victory: McGregor is a terrific striker with massive knockout power in his left hand. In recent years, he’s proven himself quite dangerous both as a counter puncher and aggressor, making it interesting question as to which strategy he’ll look to employ against Diaz.

It’s in an interesting question, as McGregor will likely have to blend the two approaches. Diaz is comfortable in exchanges, the larger fighter, and has a solid chin, so simply walking forward and throwing is very risky. At the same time, it’s difficult to counter a taller, longer fighter unless they seriously over-commit.

With that in mind, McGregor’s kicks should play a major role in his strategy. That’s a part of the game that Diaz has ignored for a long time, ….View full article