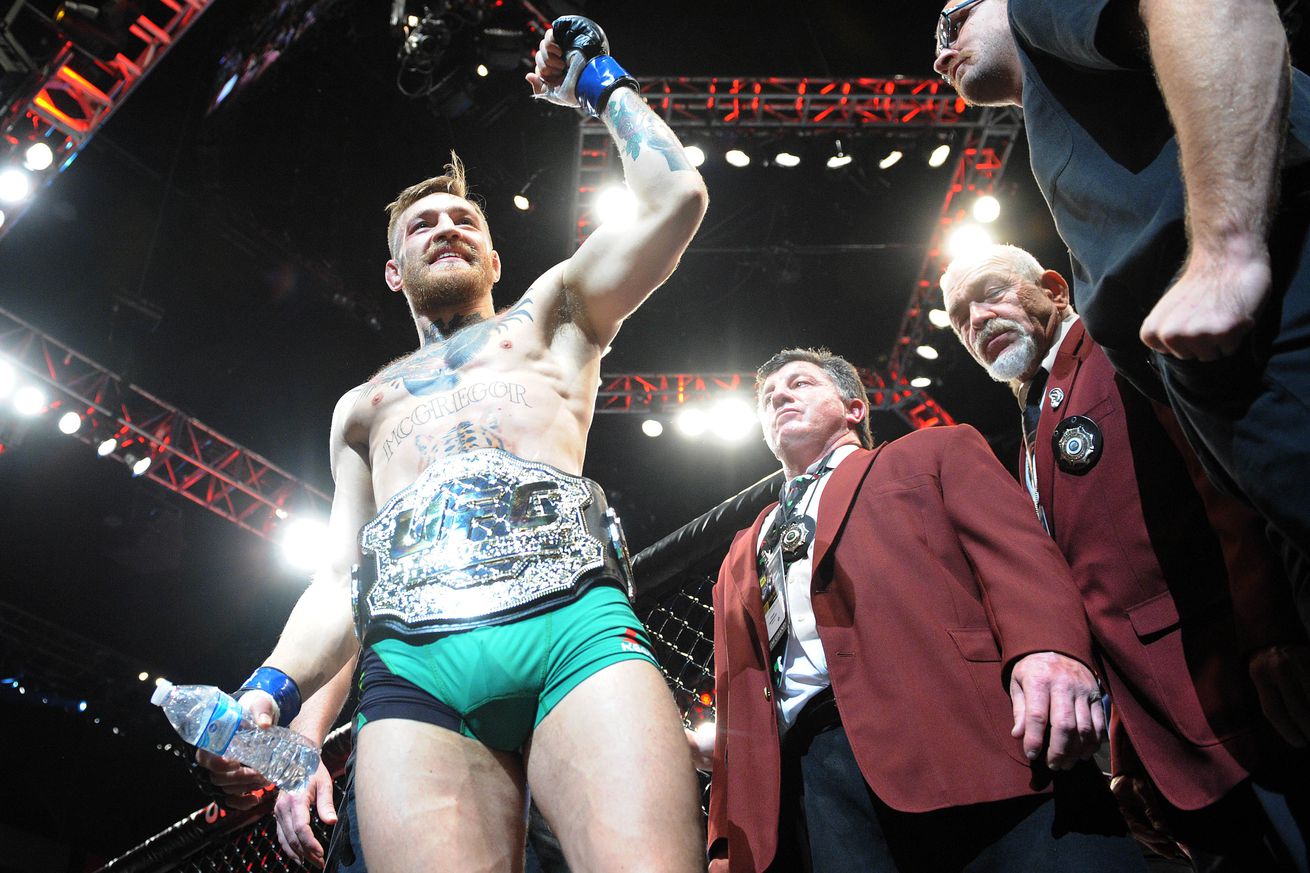 Jim Ross loves what he sees from Conor McGregor and compared him to two of the biggest icons and heels in pro wrestling history, as well as former UFC title contender Chael Sonnen.

A veteran of the professional wrestling business for over 40 years, WWE Hall of Fame inductee Jim Ross can spot its influence on mixed martial arts (MMA) and identify it quicker than most.

“Good Ol’ JR” knows a thing or two about a killer promo, the crowd’s approval of a hero and a villain’s ability to draw the heat and hatred from that very same crowd. MMA has borrowed quite a bit from pro wrestling since its inception back in the early 90s, but only a few have truly taken it to another level. Chael Sonnen caught lightning in a bottle back in 2010 in his lead up to a title fight with Anderson Silva and became one of the biggest stars in the sport’s short history.

Following the path Sonnen laid out before him, UFC featherweight Conor McGregor burst onto the scene in 2013 and currently stands alone among his peers in promotion, ticket and pay-per-view (PPV) sales and popularity. Ross, who is a huge UFC fan, has been paying close attention to the Irish champion’s meteoric rise to the top in and out of the Octagon, and sees the obvious similarities to pro wrestling with McGregor’s wardrobe to his antics on the mic.

“Well, we all know that the basics of modern-day MMA are the foundation and old-school basic principles of pro wrestling,” said Ross, who makes his New Japan Pro Wrestling (NJPW) commentary debut Friday night (March 5, 2016) on AXS TV.

“By and large a lot of the same elements are in place. You have organically imposed heroes and villains. Sometimes a nationality makes a guy a ….View full article