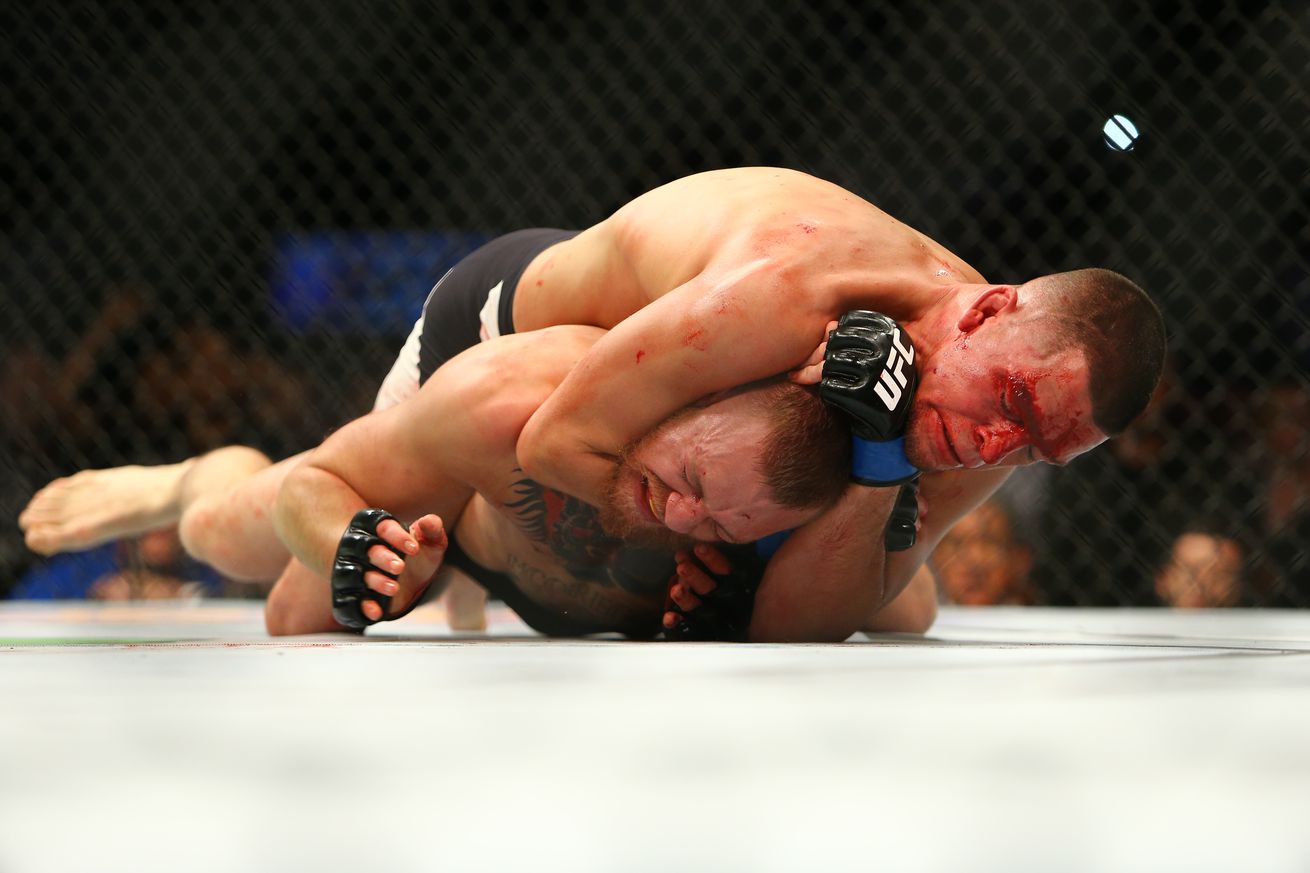 Wow. Well, that was unexpected.

I thought it was possible that there may be one upset in one of the two showcase events at UFC 196 last night (Saturday, March 5, 2016) at MGM Grand Garden Arena in Las Vegas, but for both to go down was quite the alignment of stars.

First, I just want to talk about Conor McGregor’s first UFC loss and my thoughts about the man and the fighter. Because I think people know I’ve been hard on him for his apparent God Complex and wanton disrespect and disregard for his opponents.

If I wasn’t a McGregor fan headed into the fight, then I am now. Don’t get me wrong, I was always a fan of his abilities. But I couldn’t stomach his poor attitude, melodramatic descriptions, embellishment of his achievements, and seemingly delusional sense of belief in himself.

But, what made me a fan was how he handled himself in defeat. He didn’t hide behind a towel and refuse to acknowledge his loss until literally forced to get in front of a camera three months later on Saturday Night Live and say it. He didn’t wallow in self pity and go on the Ellen Degeneres show to say he was considering ending it all and needed to have kids “to survive.”

No, he took his loss like a man. He took his beating like a champion. He walked into the press conference, gave Nate Diaz his credit, admitted his shortcomings, and accepted his serving of crow.

And at the end of the day this is a man who had no reason to vacate the featherweight belt and jump up 25 pounds in weight to take on a fighter with no direct relevance to any title contention at any weight class. No, McGregor fought Diaz because he just likes to fight. ….View full article