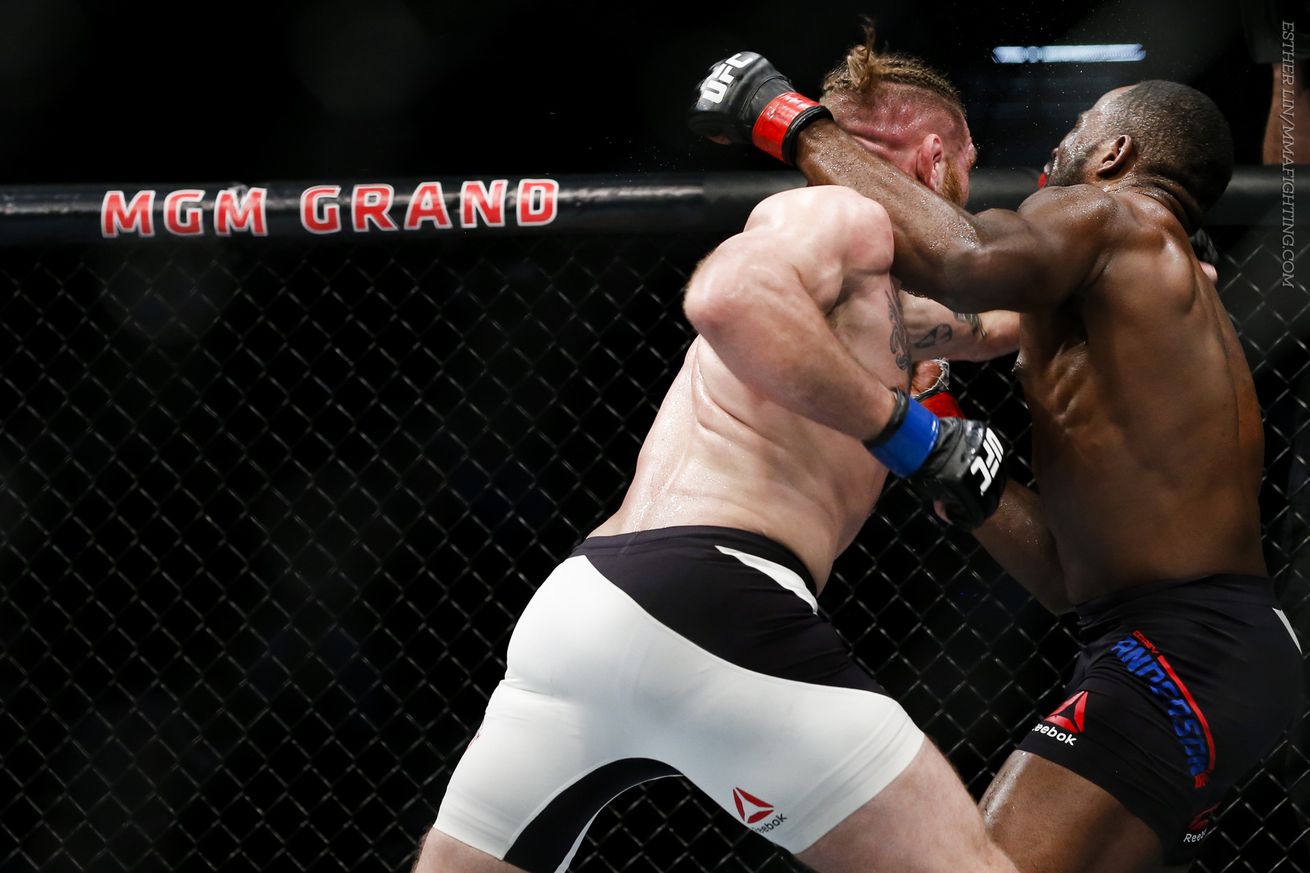 Tom Lawlor rocked Corey Anderson with a big flurry of shots in the opening minute of their UFC 196 light heavyweight bout.

Anderson was wobbled at one point, but he managed to scamper to safety.

And that was the bulk of the action in their fight at the MGM Grand. A decision which could have gone either way went in Anderson’s favor, as the fighter nicknamed “Beastin’ 25/8” took a 29-28 and a pair of 30-27s for a unanimous nod.

After Lawlor’s big opening flurry to start the fight, things settled down. Lawlor landed the heavier shots, but Anderson, the TUF 19 winner, got his feet back under him and got back into the fight.

In a largely action-free second round, Lawlor went head-hunting, and didn’t often find a home. Anderson, for his part, stepped in and landed occasional jabs and straight punches, but never did any real damage.

Round three clearly went to Anderson, who scored an early takedown and stayed in top position for much of the round. Referee John McCarthy stood them up with a bit more than a minute remaining, but neither fighter did much with the time they had left.

Anderson improved to 9-1 with his third straight win; Lawler dropped to 10-6 and had a two-fight win streak snapped.