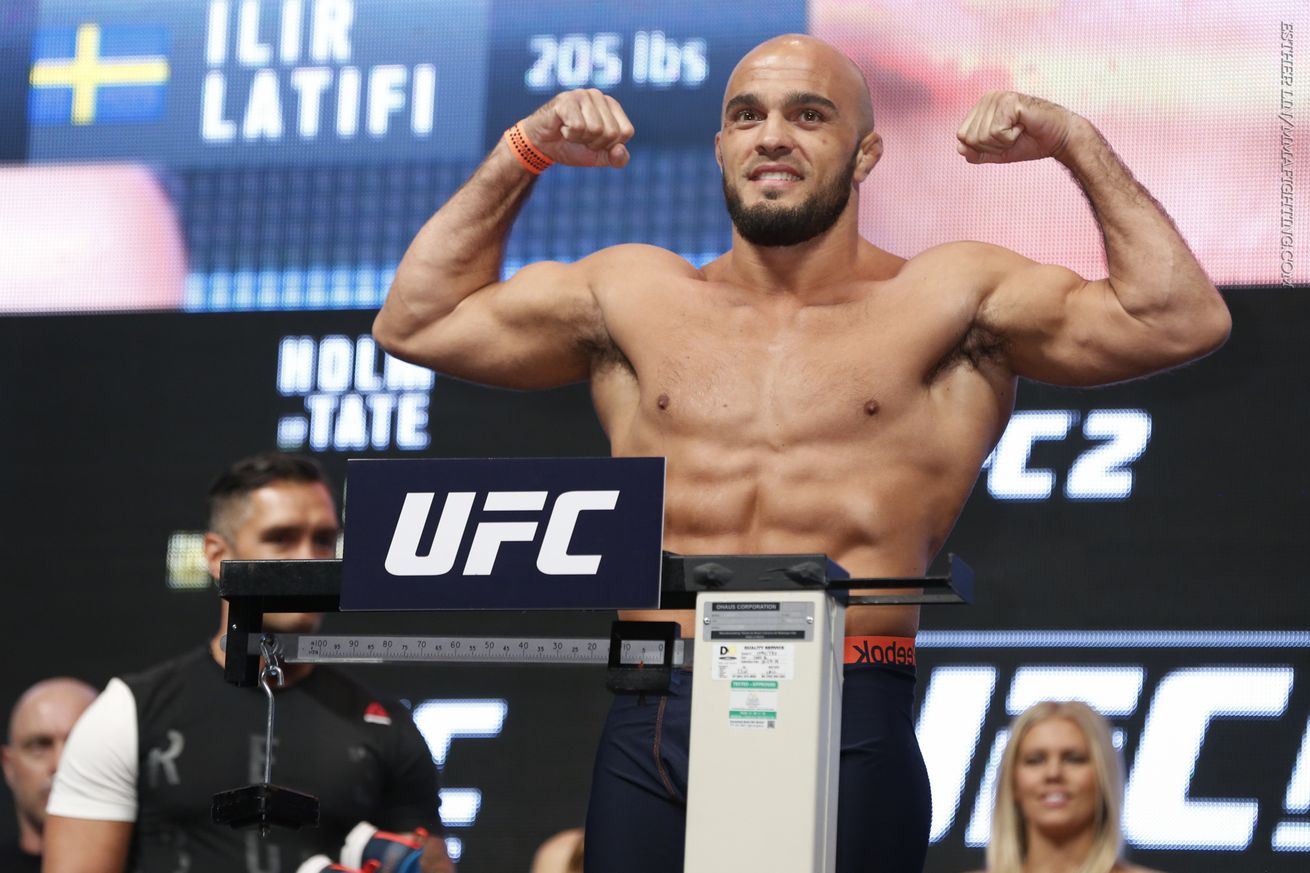 Ilir Latifi had a noticeable size and reach disadvantage in his UFC 196 bout against Gian Villante on Saturday night.

But this is the same Latifi who had no problem stepping in on short notice and fighting Gegard Mousasi in his UFC debut. And while the crowd at the MGM Grand Garden Arena impatiently awaited the feature bouts, Latifi put on an impressive performance.

The native of Malmo, Sweden outworked Villante and earned 30-27 across-the-board scores in the light heavyweight fight for his fifth win in his past six fights.

Villante (20-7), a slugger who has never quite rounded out his game, landed kicks high and low in the early going. But Latifi picked up the pace and started scoring in close. Whenever he dazed Villante, though, Latifi (12-4, 1 NC) would attempt takedowns rather than follow up.

The second was clearly Latifi’s round, as he landed a memorable pair of throws, the first of which was a spectacular belly-to-back suplex. Villante did little besides get away with a blatant fence grab, which he concealed from referee Yves Levigne.

Both fighters slowed in the third round, but Latifi landed a huge right hand at one point and scored a takedown in the closing seconds, putting the finishing touches on his third straight win.