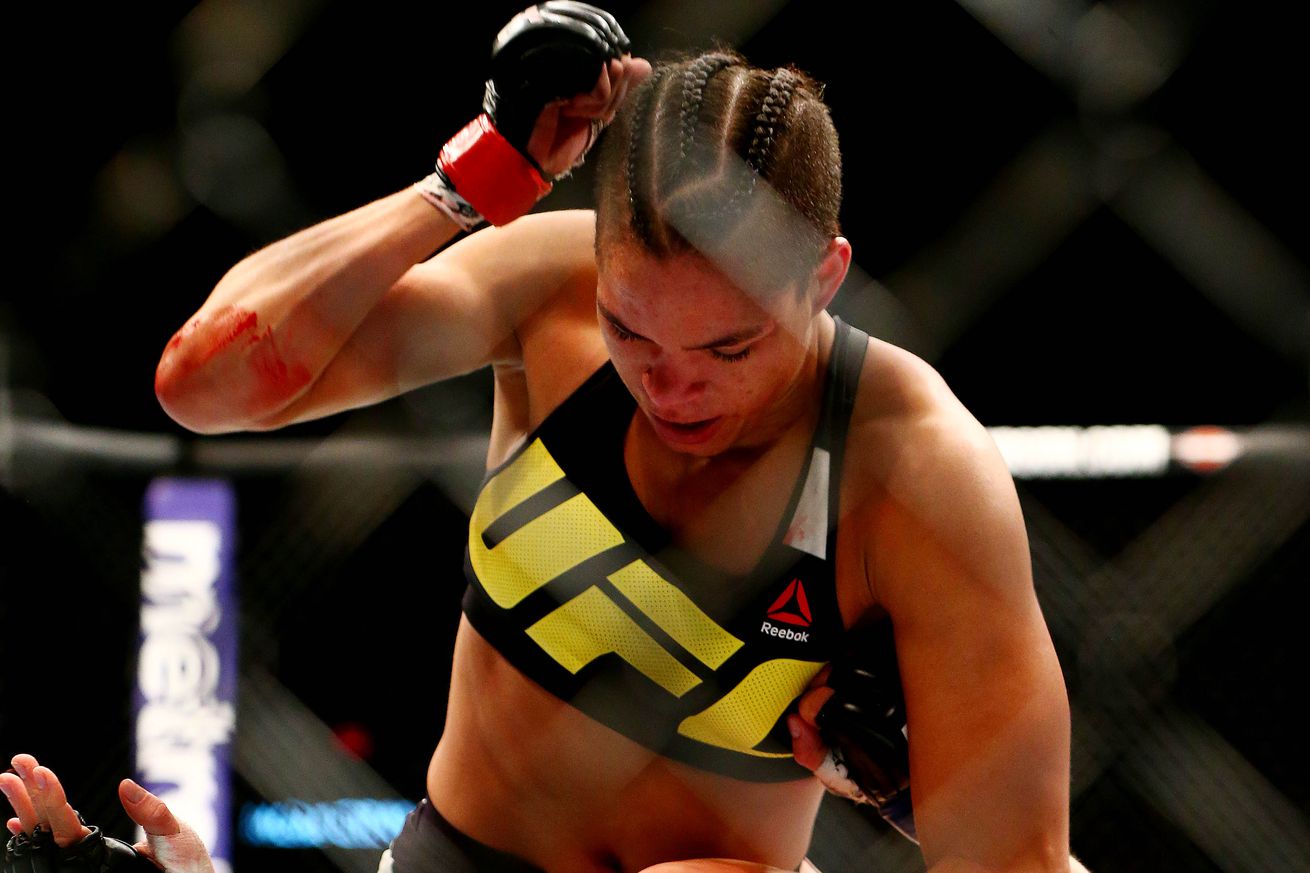 Last night (Sat., March 5, 2016), Amanda Nunes and Valentina Shevchenko dueled at UFC 196 inside MGM Grand Garden Arena in Las Vegas, Nevada. In a back-and-forth battle, Nunes came out on top. Find out how below!

Nunes has proven herself a dynamic finisher, one of the best in her division. If she could move past her experienced opponent in similar fashion, Nunes would be in great position to earn a title shot.

Similarly, Shevchenko established herself as a top contender recently. However, the kickboxing veteran accomplished that feat in just a single short-notice victory, and another victory last night would make her rise to the top quite incredible.

In an unexpected turn of events, the first round went rather slowly. Both women picked their shots slowly and were less than active. In particular, Shevchenko barely opened up at all, allowing her foe to run away with the round. Then, to really seal the round, Nunes scored with a takedown and finished on top.

It wasn’t pretty, but it was a clear round for Nunes.

Nunes didn’t waste much time in throwing her opponent back to the mat. Working from the half guard, Nunes brutalized her opponent with some hard elbows, opening some cuts. At one point, Shevchenko utilized a nice roll to return to her feet.

However, Nunes simply muscled her back to the ground.

Back on the mat, Nunes advanced into back mount. From that position, Nunes attacked with some punches and a deep rear naked choke, but “Bullet” stayed tough and defend.

Near the end of the round, Shevchenko reversed into guard, but it was far too little to win back the round.