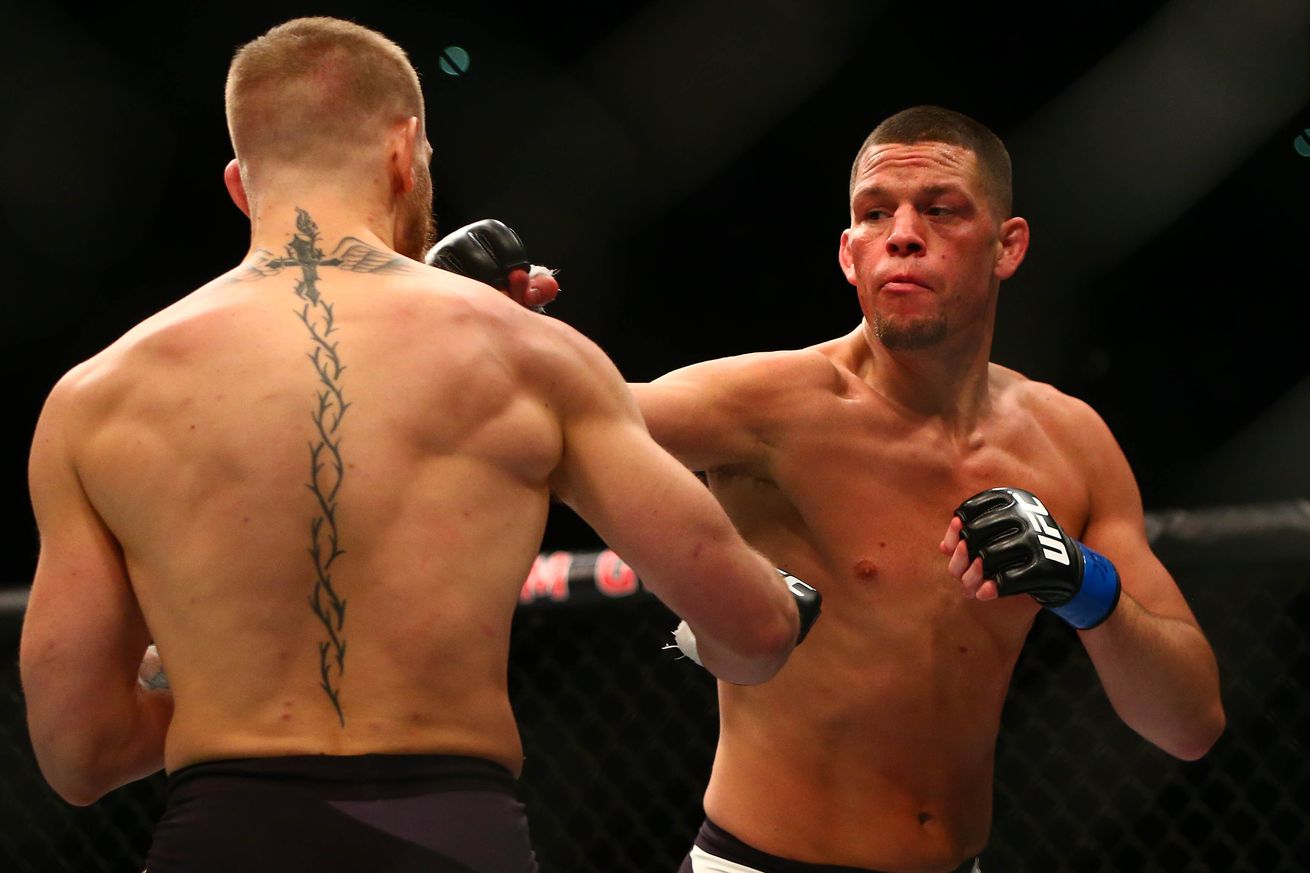 Last night (Sat., March 5, 2016), Conor McGregor and Nate Diaz scrapped at UFC 196 inside MGM Grand Garden Arena in Las Vegas, Nevada. In a fantastic win, Diaz submitted his opponent. Find out how below!

McGregor has been untouchable at Featherweight, but this was a completely new challenge for him. If the Irishman managed to successfully jump up two full weight classes, it would be raise his super star status to new heights.

Looking to play spoiler was Nate Diaz. The younger Diaz brother has been a staple of the Lightweight division for years, but he did make a brief foray to 170 lbs. in the past. Regardless of all the weight details, Diaz was simply looking to shut McGregor up and prove his own dominance.

McGregor struck first, landing a long left hand. However, Diaz immediately stepped into the clinch and drove his opponent into the fence. Despite the size advantage, McGregor was able to create separation quickly, and the two return to flinging punches at each other.

The advantages that both fighters held coming in were quickly made obvious. Diaz’s extra height and reach were clearly a big benefit for him as it helped him land effectively. On the flip side, McGregor’s speed and athleticism were on full display, as his punchers were quicker and did cut Diaz open.

Interestingly, Diaz scored with a takedown near the end of the round but allowed himself to be rolled over without much resistance. Regardless of that brief exchange, it was a rather close round in which both men scored with some hard shots. That said, McGregor did more damage and likely won the round.