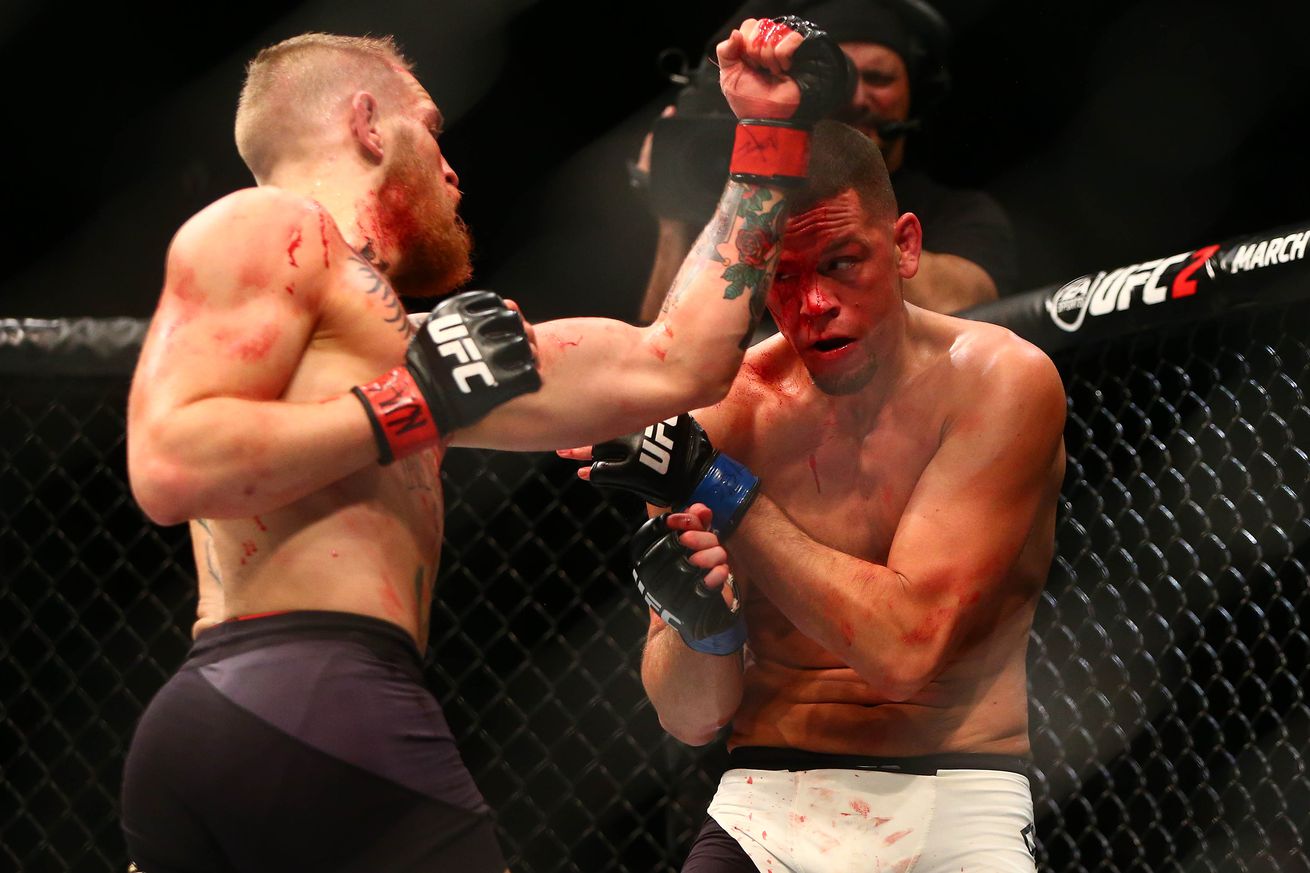 Fight fans may have been shocked to see flashy striker Conor McGregor get dropped and choked out by Nate Diaz in the second round of their UFC 196 main event tilt on Saturday night (March 5, 2016), but the Stockton slugger was calm and collected.

“Nothing surprised me except for that I got hit at all,” said Diaz at the post-fight press conference. “I think with a full camp I would have been flawless.”

Diaz looked busted up and was sporting stitches over his right eye, but nevertheless persevered in a “Fight of the Night” performance against McGregor, who jumped up two weight classes for the matchup.

Although Diaz did give credit to McGregor’s striking and said he has power for a “little guy”, it was nothing he hasn’t felt before.

As for the man to dethrone the King, Diaz said McGregor has received a lot of help in his run in the UFC and said he wishes he had the same help in his career.

“I’ve been in this a long time. I’ve been nine years. This was my twenty-fifth fight here in the UFC and I’ve been the last few years curious when this is going to pay off. And I think it’s time.”

As for McGregor, he was humble in defeat and offered gracious praise to Diaz’s performance.

“I respect Nate. He fought very well with his energy. I felt I won round one. I was winning round two. I ….View full article