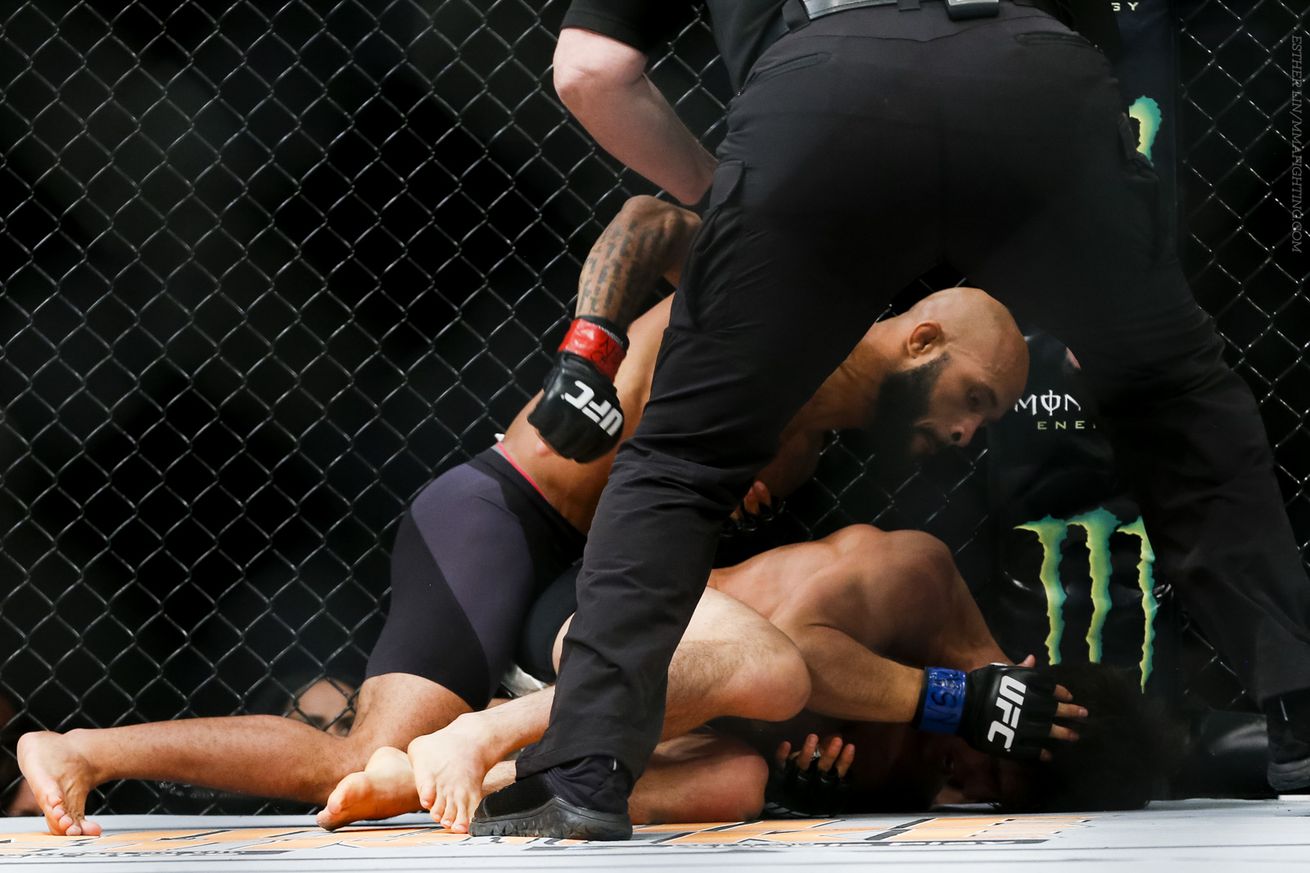 Once again, Demetrious Johnson made a solid case that he is the best pound-for-pound fighter in the world at UFC 197 in Las Vegas, Nev. Johnson earned an extra $50,000 by defending his title against Olympic gold medalist Henry Cejudo.

The news was announced at the post-fight conference.

Facing what many believed to be his toughest test as the UFC flyweight champion, Johnson made quick work of Cejudo in the co-main event of the night. “Mighty Mouse” dropped Cejudo with a body shot and followed up with ground and pound, forcing the referee to stop the fight at 2:49 of the first round.

Opening the main card, Yair Rodriguez earned the other $50,000 Performance of the Night bonus by knocking out fellow featherweight prospect Andre Fili. Rodriguez impressed the Las Vegas crowd with his creative striking. But it was a brutal left head kick that sealed the deal for the Mexican fighter. “La Pantera” is now 4-0 in the UFC since winning the first season of The Ultimate Fighter: Latin America.

Additionally, in the Fox Sports prelims, Danny Roberts and Dominique Steele each took $50,000 after winning the Fight of the Night bonus. Although it was a back and fourth fight and both fighters had their moments, it was Roberts that came out on top, defeating Steele via unanimous decision. Roberts is now on a seven-fight wining streak with two victories in the UFC.