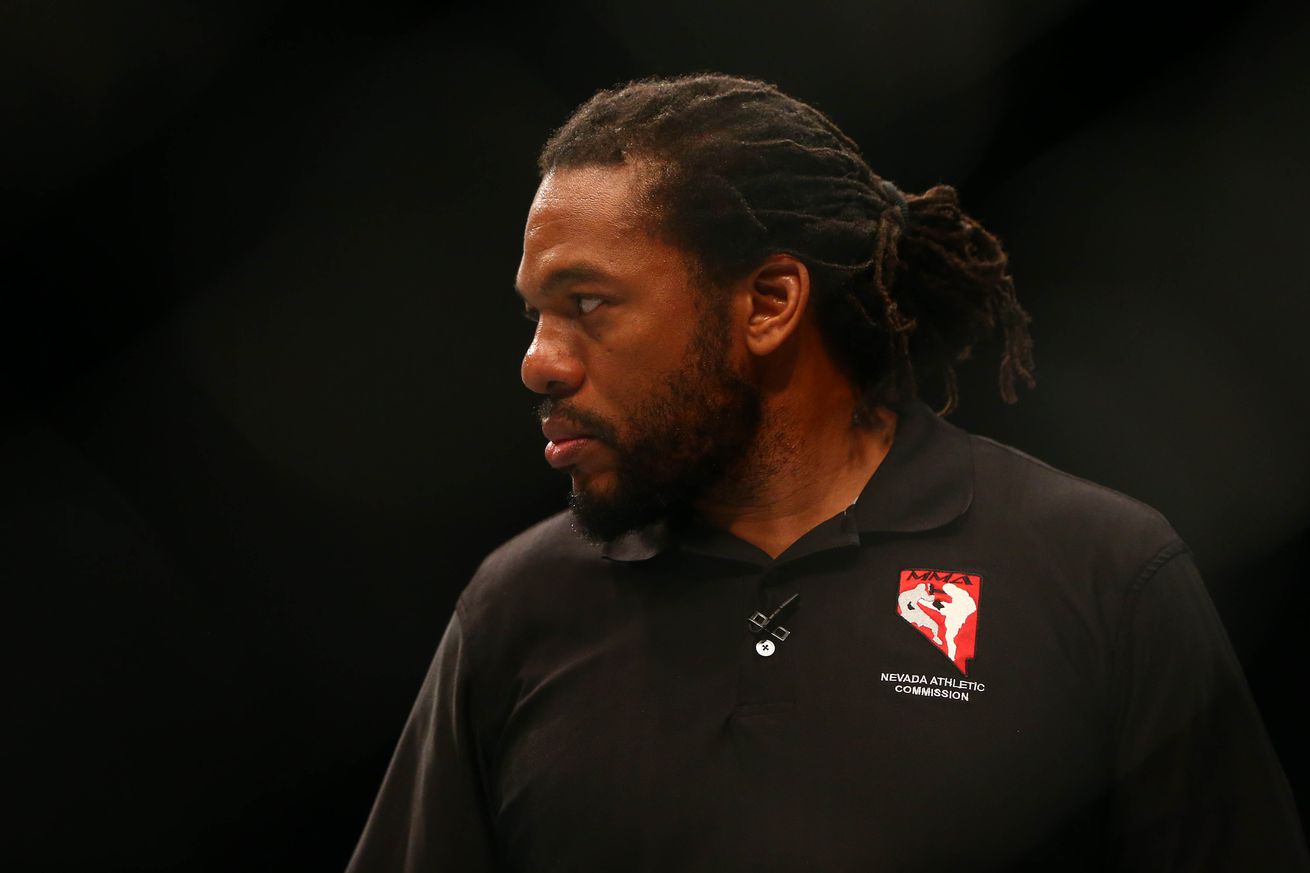 Nevada State Athletic Commission (NSAC) recently handed out referee and judging assignments for the light heavyweight championship rematch between division titleholder Daniel Cormier and ex-champion Jon Jones, which is set to pop off at UFC 197 on April 23, 2016 in Las Vegas, Nevada.

According to MMA Fighting, Herb Dean will be the man in black for “Cormier vs. Jones 2,” while Sal D’Amato, Junichiro Kamijo, and Chris Lee score the action from cageside.

After the assignments were dished out, Cormier — who was on the phone — expressed his disapproval of Dean, as he believes the longtime official allowed “Bones” to stall the action in the later rounds of their initial fight at UFC 182, which Jon ultimately won via unanimous decision.

In the co-main event of the evening, John McCarthy will oversee the action as flyweight champion Demetrious Johnson attempts to defend his title for an astounding eighth time against Olympic gold medalist Henry Cejudo.