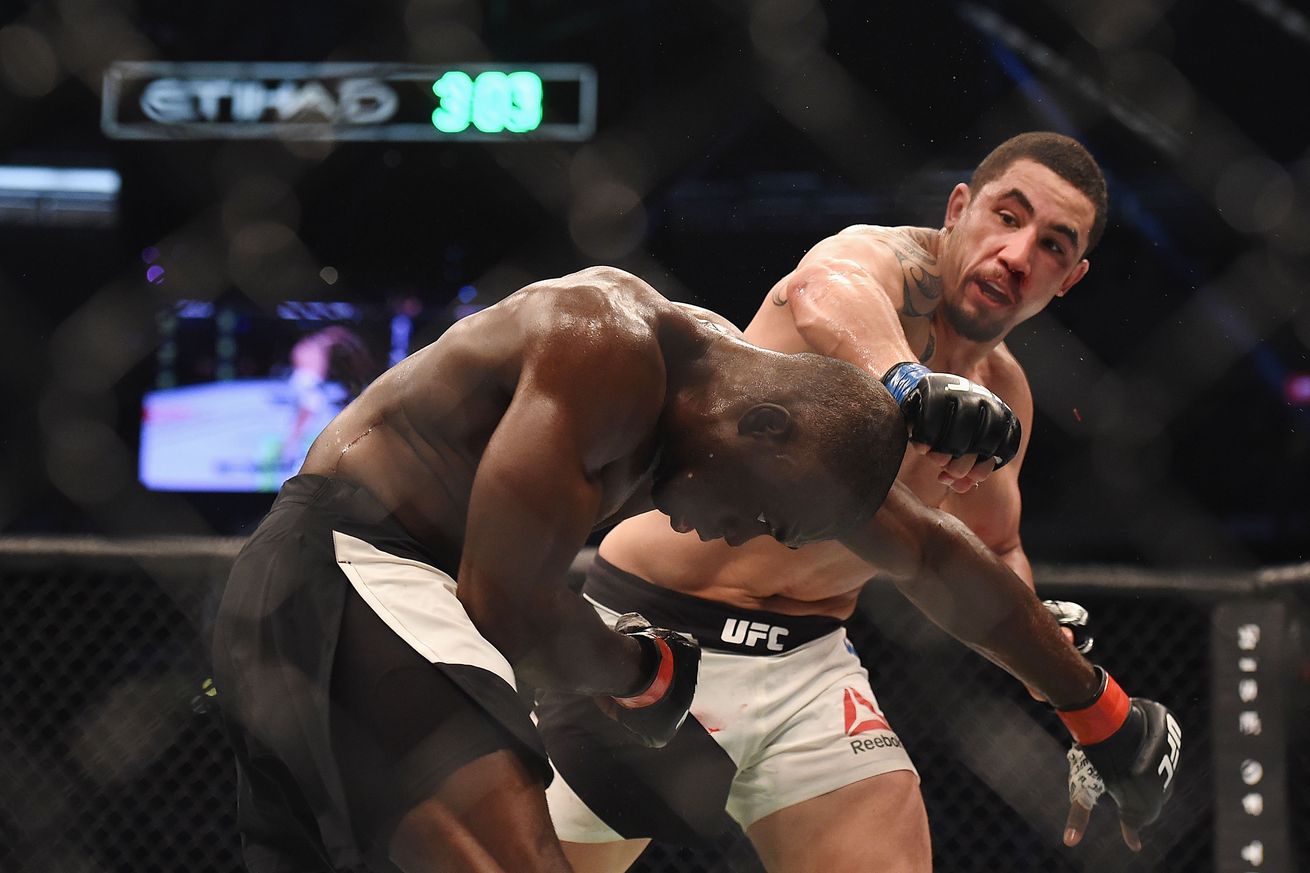 Robert Whittaker and Rafael Natal will throw down this Saturday (April 23, 2016) at UFC 197 inside MGM Grand Garden Arena in Las Vegas, Nevada. In a match up of rising star and gatekeeper, what adjustments must be made for either man to claim victory? Find out below!

Since moving up to Middleweight, Whittaker has been on fire. He’s unbeaten in his new weight class and has showed some shocking speed, quickly earning him a position inside the Top 10.

On the other hand, Natal has been around forever. He’s been battling it out in the middle of his division inside the Octagon for six years now, but he’s finally earned a spot in the rankings thanks to his recent win streak.

So far, the 25-year-old Aussie has won seven fights via knockout.

Whittaker is something of a specialist. He’s a nasty striker with great takedown defense, which essentially means he always has one real game plan.

Luckily, that’s a perfect strategy against a generalist with shaky defense like Natal. The Brazilian simply cannot match Whittaker’s speed on the feet, and he’s likely to have a hell of a time taking him down.

With that in ….View full article