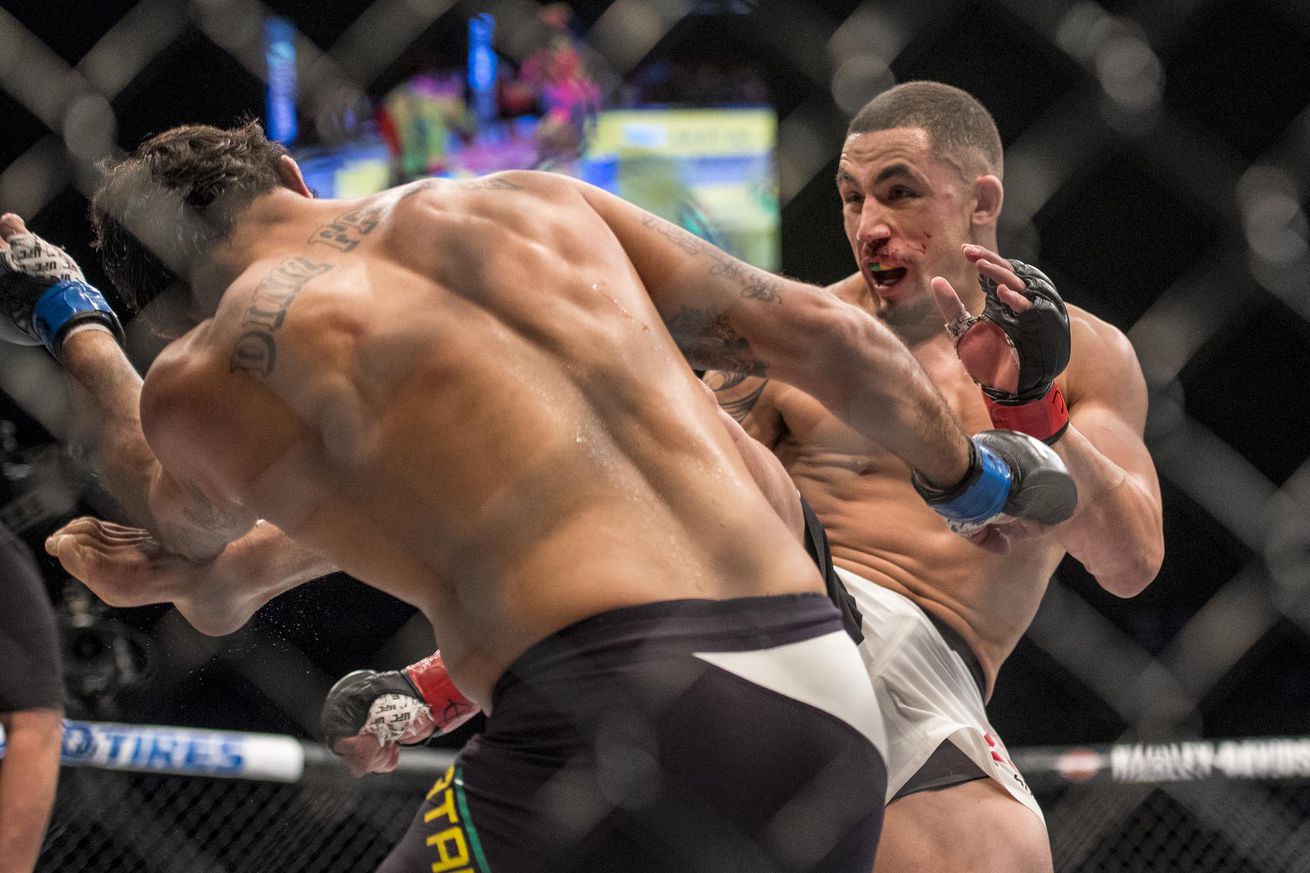 Since moving up to Middleweight, Whittaker has largely torn through his competition. If he could continue his winning ways here, Whittaker was primed to do big things at 185 lbs.

Natal is one of the most experienced veterans in his division. The jiu-jitsu fighter has seen it all, and he was looking to derail another up-and-comer last night.

Both men started trading quickly, but Whittaker scored first with some sharp jabs. Perhaps unexpectedly, Natal was fairly content to stand with his foe, and he did land some nice right hands on the counter.

Natal worked in a couple of takedown attempts, but his opponent nicely defended. For much of the round, Natal actually seemed to be getting the better of his opponent on the feet, scoring with some hard low kicks and decent counter punches.

However, Whittaker switched things up in the last 30 seconds and stunned his opponent with a hard left hook. For the rest of the round, Whittaker continued to touch his foe with solid combinations until the belt.

It likely won him back the round.

Natal immediately went to work at the start of the second round with hard low kicks, but Whittaker was landing powerful punches too. While both men were landing, Natal’s low kicks seemed to have a serious effect on Whittaker, who was having difficulty moving as fluidly.

Likely due to his injured leg, Whittaker stopped moving so much and instead stalked his opponent ….View full article