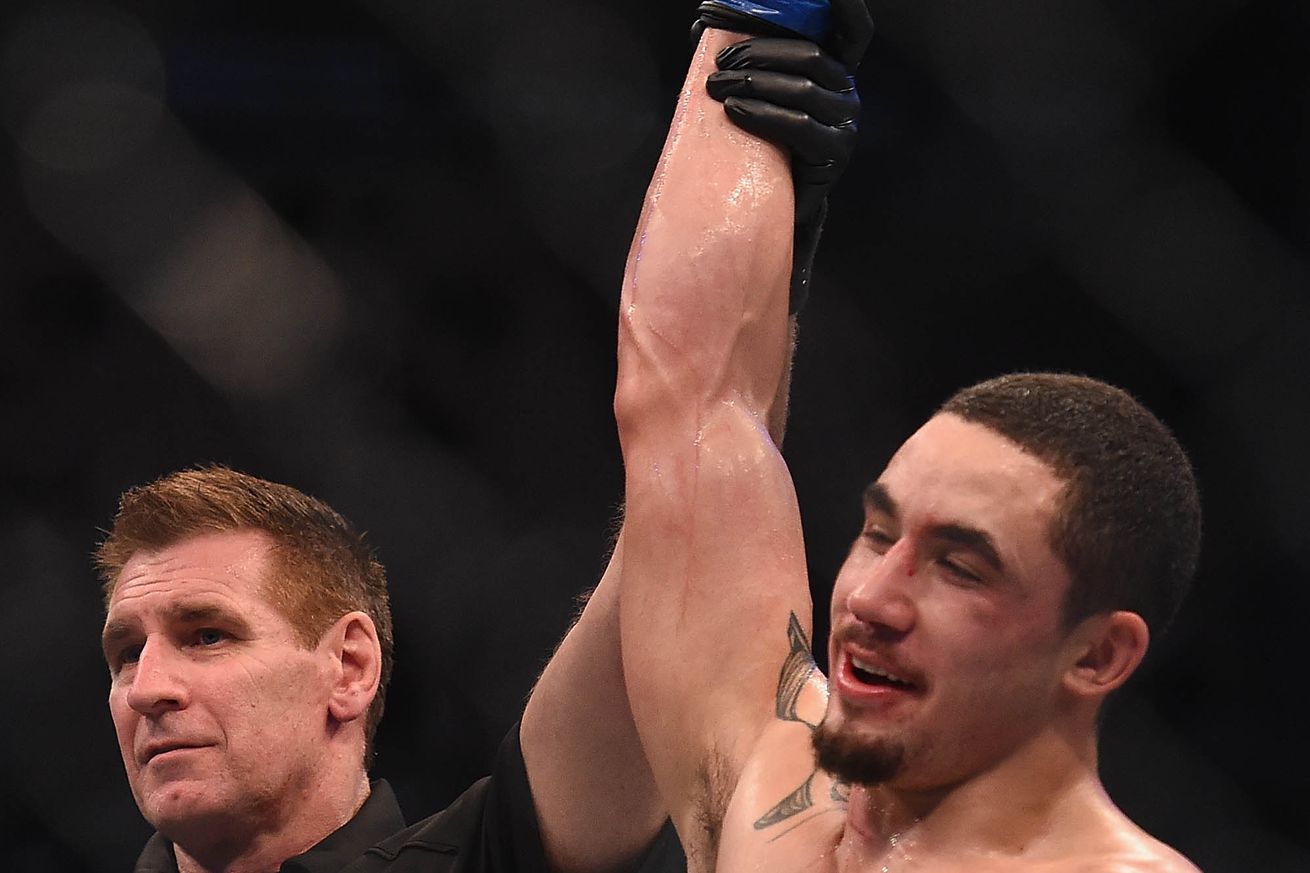 Robert Whittaker (No. 7) was looking to continue his impressive climb into the Middleweight Top 5 with a win over mixed martial arts (MMA) veteran, Rafael Natal (No. 12), tonight (Sat., April 23, 2016) at UFC 197 inside MGM Grand Garden Arena in Las Vegas, Nevada.

And The Ultimate Fighter (TUF): “Smashes” winner definitely made a case for himself, taking out the tough Brazilian via unanimous decision to notch his fifth consecutive victory inside the Octagon.

Whittaker took control of the Octagon immediately, stalking Natal in circles around the cage and looking to land something painful. Whittaker connected with a stiff jab and a partially-blocked head kick, which Natal countered with a solid low kick. Natal landed a nice right hand as he slipped away, but Whittaker countered with a harder left during the next exchange. Natal whiffed on a huge, looping right hand as the pace of the striking action began to pick up on both sides. Whittaker caught Natal with two lefts that seems to almost put him down, but he came back with a hard shot of his own. Unfazed, Whittaker put together a punishing combination along the fence that really appeared to hurt Natal, who went back to his corner between rounds with a cut over his right eye.

Natal came out swinging to start the second stanza, but quickly retreated when Whittaker returned fire with a punishing combination. Natal started to really focus on Whittaker’s lead leg, trying to slow down the Kiwi, turning the thigh into hamburger meat. Whittaker appeared to feel the affects — his attack slowed and he was visibly favoring it. Natal pounded the thigh again as Whittaker searched for an opening, which he founds with a left hook. Whittaker jumped in and missed with a Superman punch toward the end of the round ….View full article