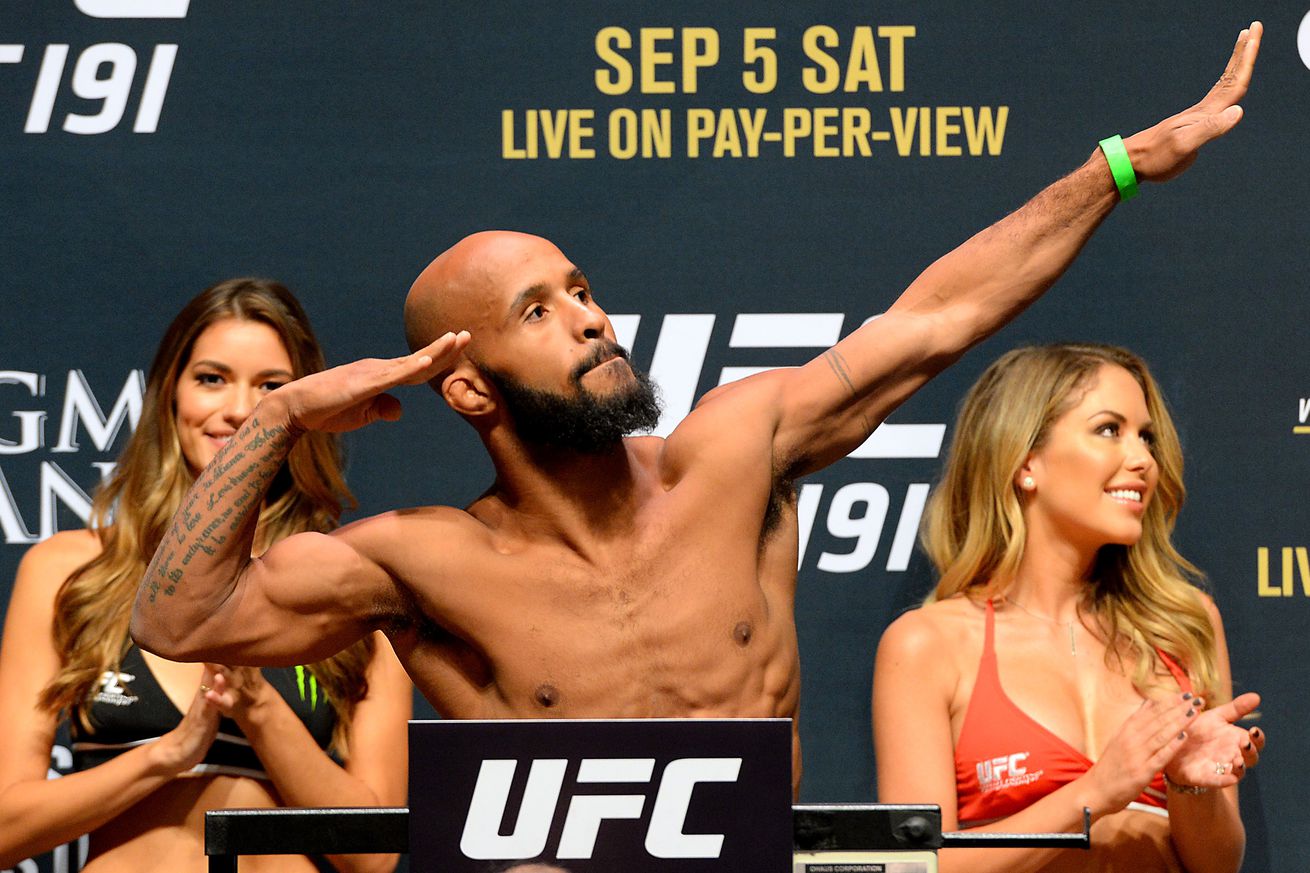 It seems these days everyone’s all about jumping up a weight class (or two) in order to partake in super fights or attempt to become a multi-division champion.

That was the case with Conor McGregor, who jumped up to Lightweight to take on Rafael dos Anjos at UFC 196 in order to try and add the 155-pound title right next to the matle that hold his Featherweight strap.

Instead, Conor had to jump up yet another division to Welterweight in order to take on Nate Diaz after Rafael suffered a broken foot. A fight “Notorious” ultimately lost.

One champion who won’t be packing on the pounds to take on bigger men is current UFC Flyweight champion Demetrious Johnson.

“Big fights (at Bantamweight), but at the same time when Conor talks about ‘I’m going to 170’ this and that, the other day I woke up weighing 137 (pounds). That’s two pounds,” Johnson told Fox Sports (via Bloody Elbow).

“Go ask (Dominick Cruz) what he’s walking around at, he’s probably at 160. Me going to 135 it’s like wake up and go take a (expletive) and I’m ready let’s jump on the scale, ” proclaimed Johnson, who says at the end of the day, his case is different than everyone else’s.

Still, Johnson says there was a time when he told his trainer the time was right to create some buzz by moving up to 135 pounds to take on the division champion.

But as Matt Hume told him, breaking Anderson Silva’s record of title defenses is much bigger than super fights.

“There was a point in time and I even went up to Matt (Hume) and was like ‘Matt, I think I’m ready ….View full article