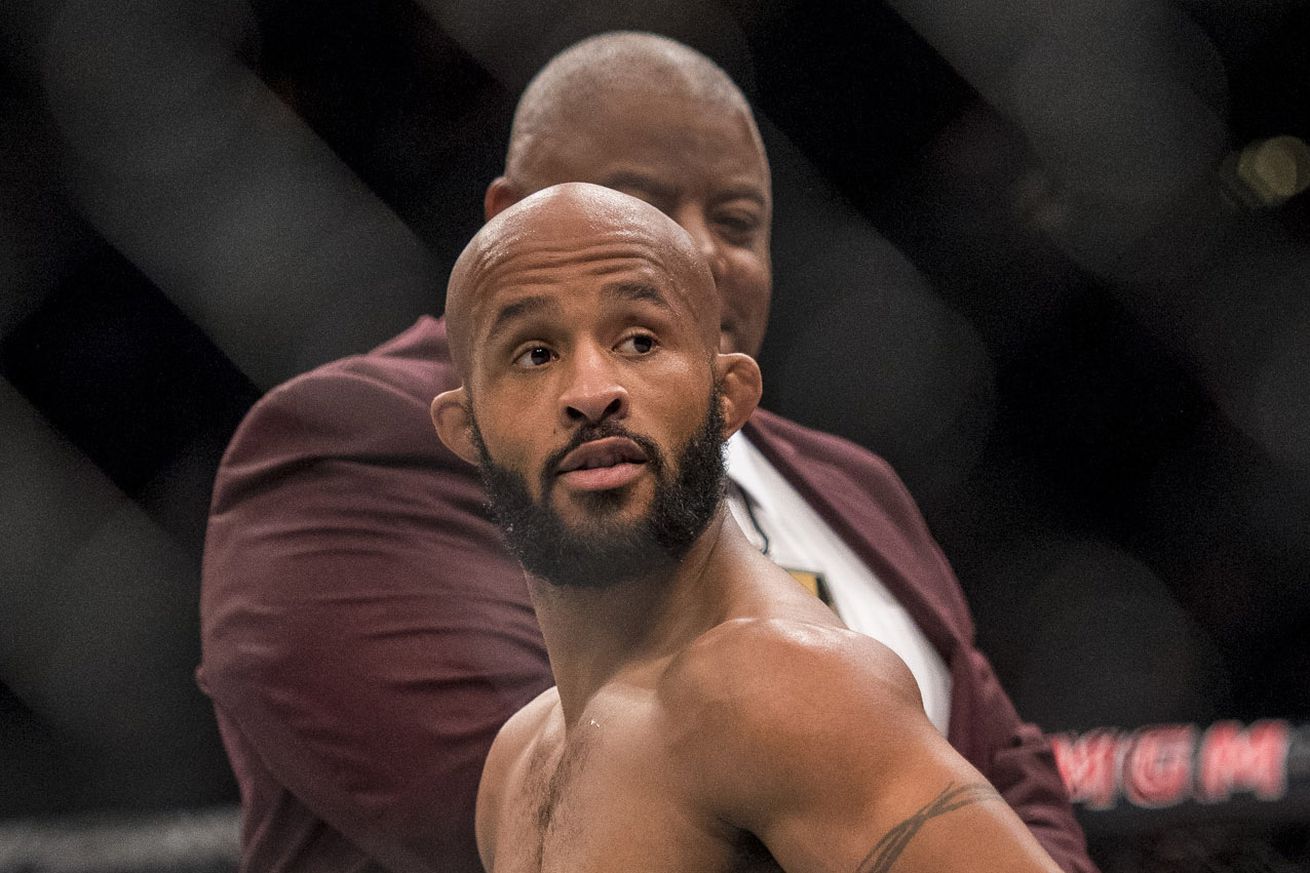 After knocking out Henry Cejudo in the very first round at last night’s (April 23, 2016) UFC 197 pay-per-view (PPV) event in Las Vegas, Nevada (see it here), Demetrious Johnson is only three more straight wins away from breaking Anderson Silva’s record for consecutive title defenses which stands at 10.

It’s that very reason why “Mighty Mouse” isn’t too interested in taking a small detour from his goals to rematch current Bantamweight champion Dominick Cruz.

He said as much during the UFC 197 post-fight press conference:

“I’ve never shied away from that fight with Cruz. My biggest goal right now is to break that title defense of Anderson Silva and I believe I can do it. So for me to go off and detour on a different route, it’s really going to have to make me want to do it. I fought at 135 before. I’m a small guy. I’m not afraid of that fight.”

Cruz initially defeated Johnson in 2011 via unanimous decision in a 135-pound affair.

As for what’s next for Demetrious, that’s a little unclear as he has pretty much wiped out the entire 125-pound division. And after blitzing through Cejudo, a man who was pegged as his toughest foe to date; UFC matchmakers have their work cut out for them.

But, as UFC president Dana White revealed during the post-fight presser, he has something up his sleeve for “Mighty Mouse.”