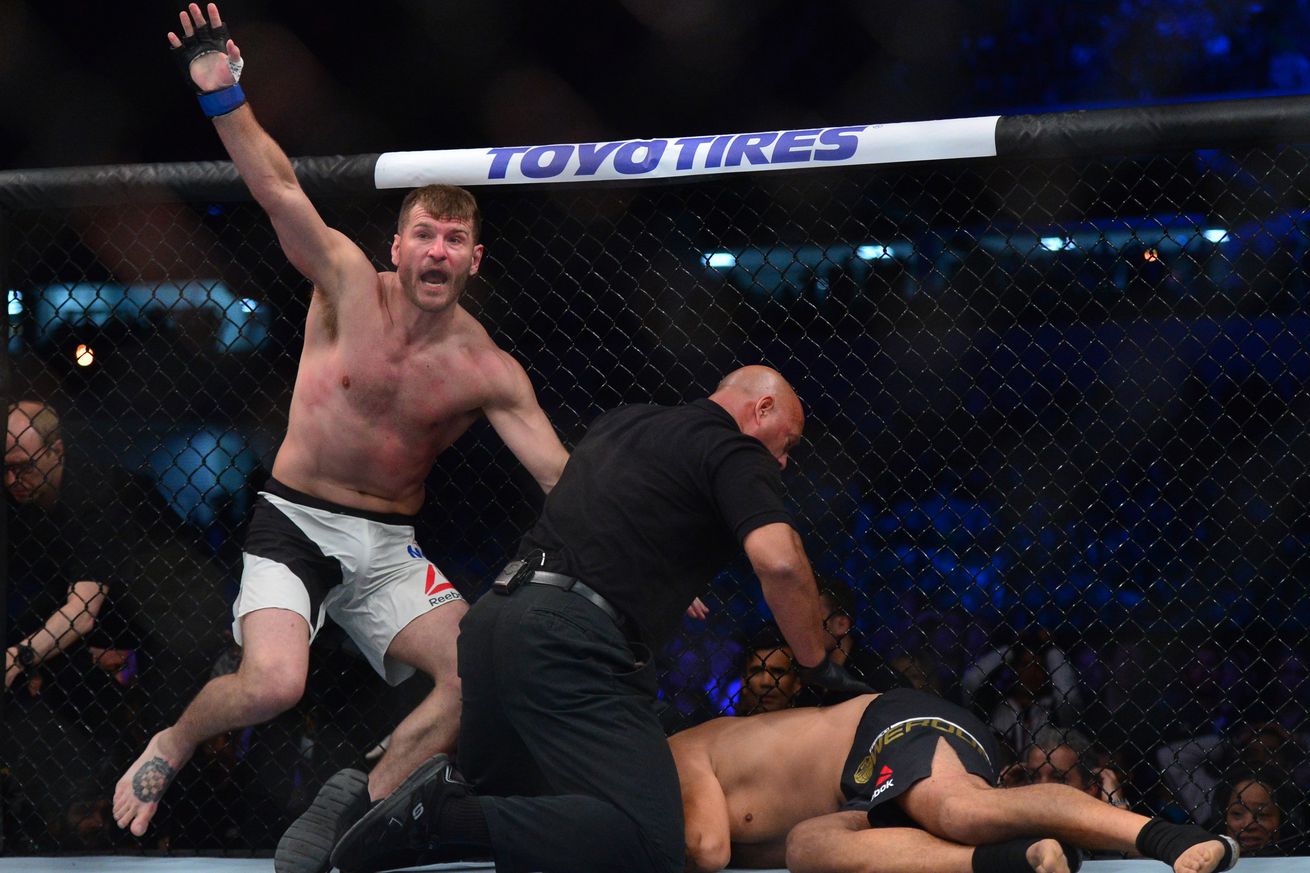 The action was surely intensified last night (Sat., May 14, 2016) at UFC 198 live on pay-per-view (PPV) from the Arena da Baixada in Curitiba, Brazil, as 45,000 frantic Brazilian fans witnessed one of the biggest mixed martial arts (MMA) cards of all time.

With an array of Brazilian legends gracing the card, including fighters like Fabricio Werdum, Vitor Belfort, Demian Maia, Ronaldo Souza, and Antonio Rogerio Nogueira, UFC 198 was destined to deliver outstanding results. But it was Stipe Miocic who recorded the biggest performance of the night by finishing Werdum with a one-punch knockout to earn the UFC Heavyweight title.

Find out if Miocic’s finish was good enough to earn him some extra cash, as we explore UFC 198’s bonus winners below:

Fight of the Night: Francisco Trinaldo vs. Yancy Medeiros

Performance of the Night: Stipe Miocic