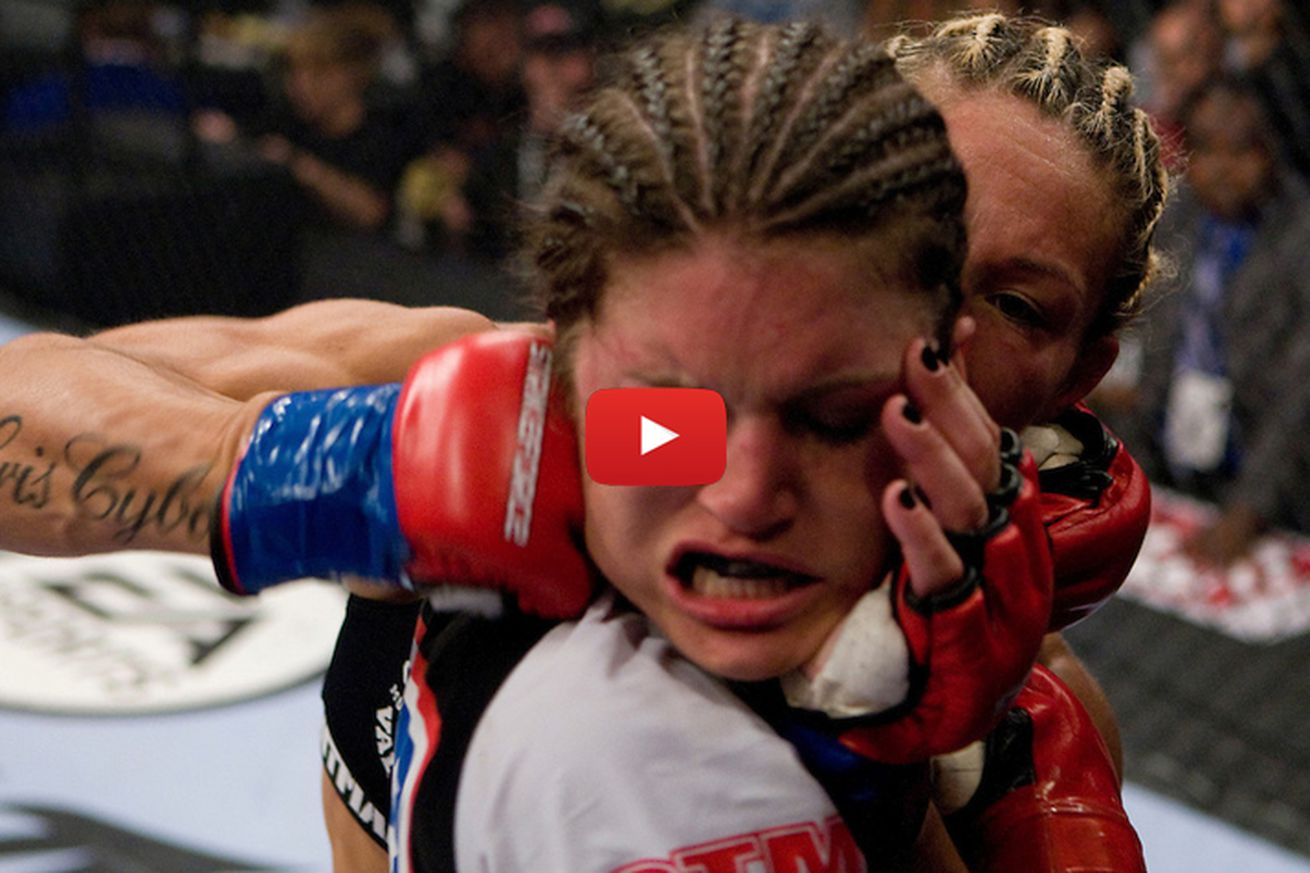 More on that fight here.

To help introduce casual fight fans to the former featherweight champion, affectionately known as “Cyborg,” UFC released Justino’s technical knockout win over Gina Carano under the Strikeforce banner back in 2009. It would be the last time any of us saw “Conviction” inside the cage.

That makes me sad.

UFC 198 will be headlined by the heavyweight title fight pitting reigning champion Fabricio Werdum opposite top division contender Stipe Miocic. In the UFC 198 co-main event, Ronaldo Souza tries to work his way back to a middleweight title shot at the expense of Vitor Belfort.

To see the latest and greatest UFC 198 fight card and rumors click here.