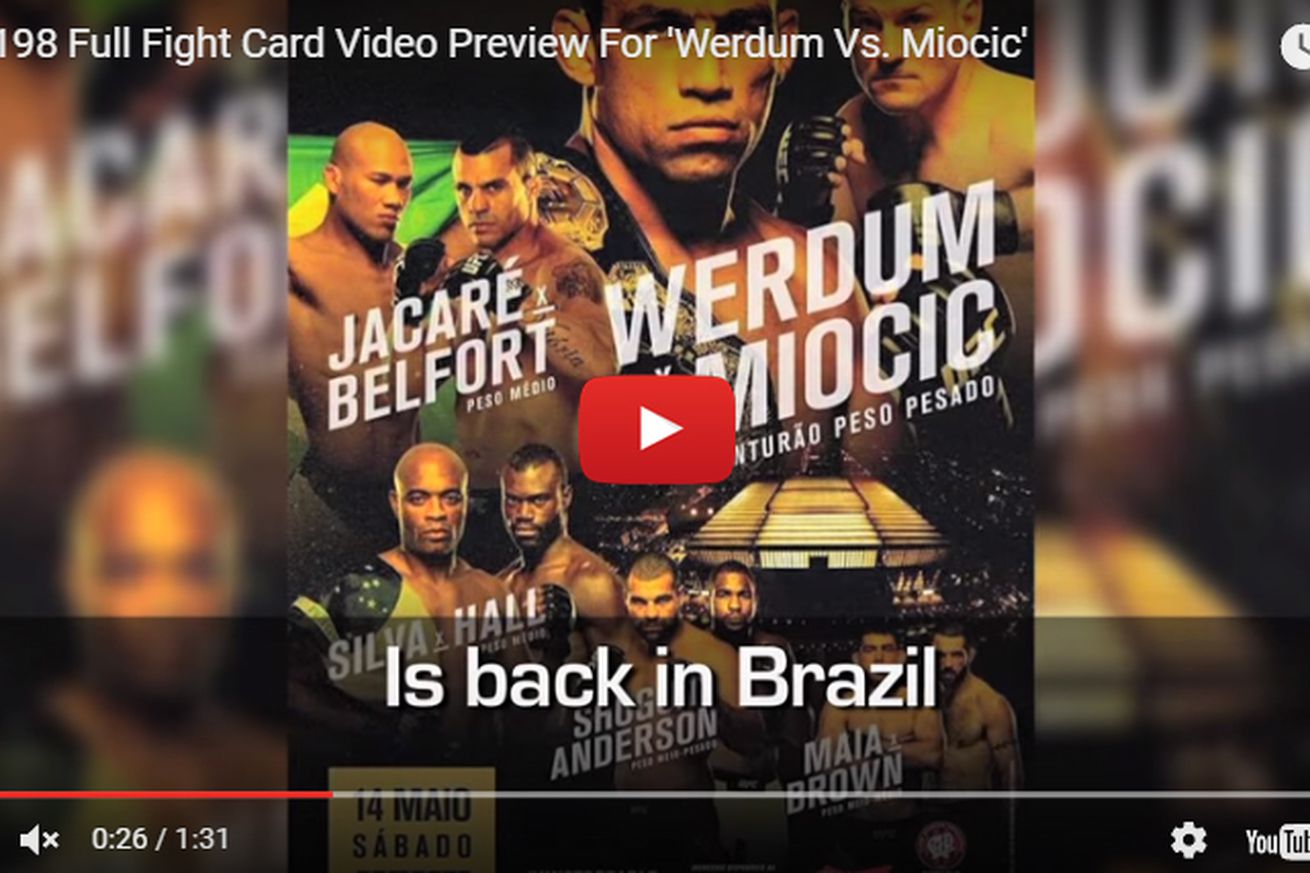 Ultimate Fighting Championship (UFC) returns to the birthplace of jiu-jitsu when it storms Arena da Baixada stadium in Curitiba, Brazil, on Sat., May 14, 2016.

UFC 198 will serve as the dream fight for local fan favorite, Fabricio Werdum, who will defend his heavyweight title against surging 265-pound bruiser Stipe Miocic in the pay-per-view (PPV) main event of the evening.

That’s not all, as a bevy of Brazilian superstars plan to put on a memorable night of fights for the locals, as Vitor Belfort and Ronaldo Souza got toe-to-toe in an intense middleweight scrap.

Meanwhile, Mauricio Rua looks to dazzle his hometown crowd when he takes on Corey Anderson in a light heavyweight affair. Plus, Anderson Silva looks to get back on the winning track when he faces Uriah Hall in what is sure to be an action-packed stand-up war.

If that’s not enough to get you riled up, Cris Cyborg makes her promotional debut when she faces Leslie Smith in a catchweight fight of 140 pounds (see the full fight card here).

It’s truly a stacked PPV event; which begs the question: Could it be that it’s a bit more “epic” than the upcoming UFC 200 event, which is pegged for July 9, 2016 in “Sin City?”