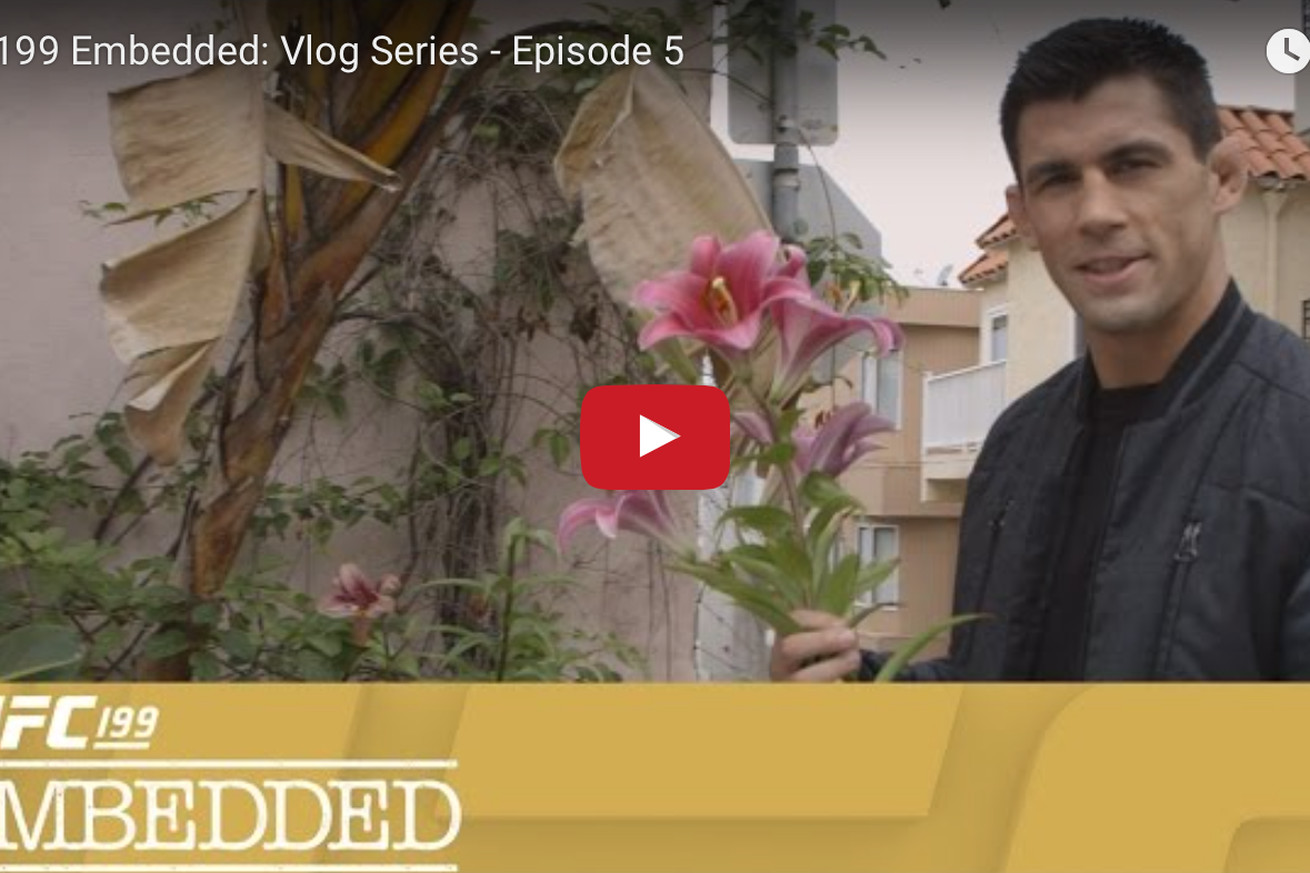 On Episode 5 of UFC 199 Embedded, middleweight champion Luke Rockhold spends the evening analyzing his opponent, training for his fight and learning vocabulary. His challenger Michael Bisping receives a UK flag from supporters at home. Bantamweight champion Dominick Cruz stops to smell the lilies during a walk with his dog, then does media at FOX alongside Bisping and bantamweight title challenger Urijah Faber. Cruz and Faber verbally spar on set, and the animosity continues the next day at the UFC 199 press conference, with barbs thrown between both the main and co-main event’s stars. UFC 199 Embedded is an all-access, behind-the-scenes video blog leading up to two championship rematches at UFC 199: Rockhold vs. Bisping 2, taking place Saturday, June 4 on Pay-Per-View.

MMAmania.com will deliver LIVE round-by-round, blow-by-blow coverage of the entire UFC 199 fight card on fight night, starting with the Fight Pass “Prelims” matches online, which are scheduled to begin at 6 p.m. ET, and then the remaining undercard balance on FOX Sports 1 at 8 p.m. ET, before the PPV main card start time at 10 p.m. ET.

If you missed episodes one, two, and three of UFC 199 “Embedded” click here and here. To see who else is fighting at UFC 199 click here.