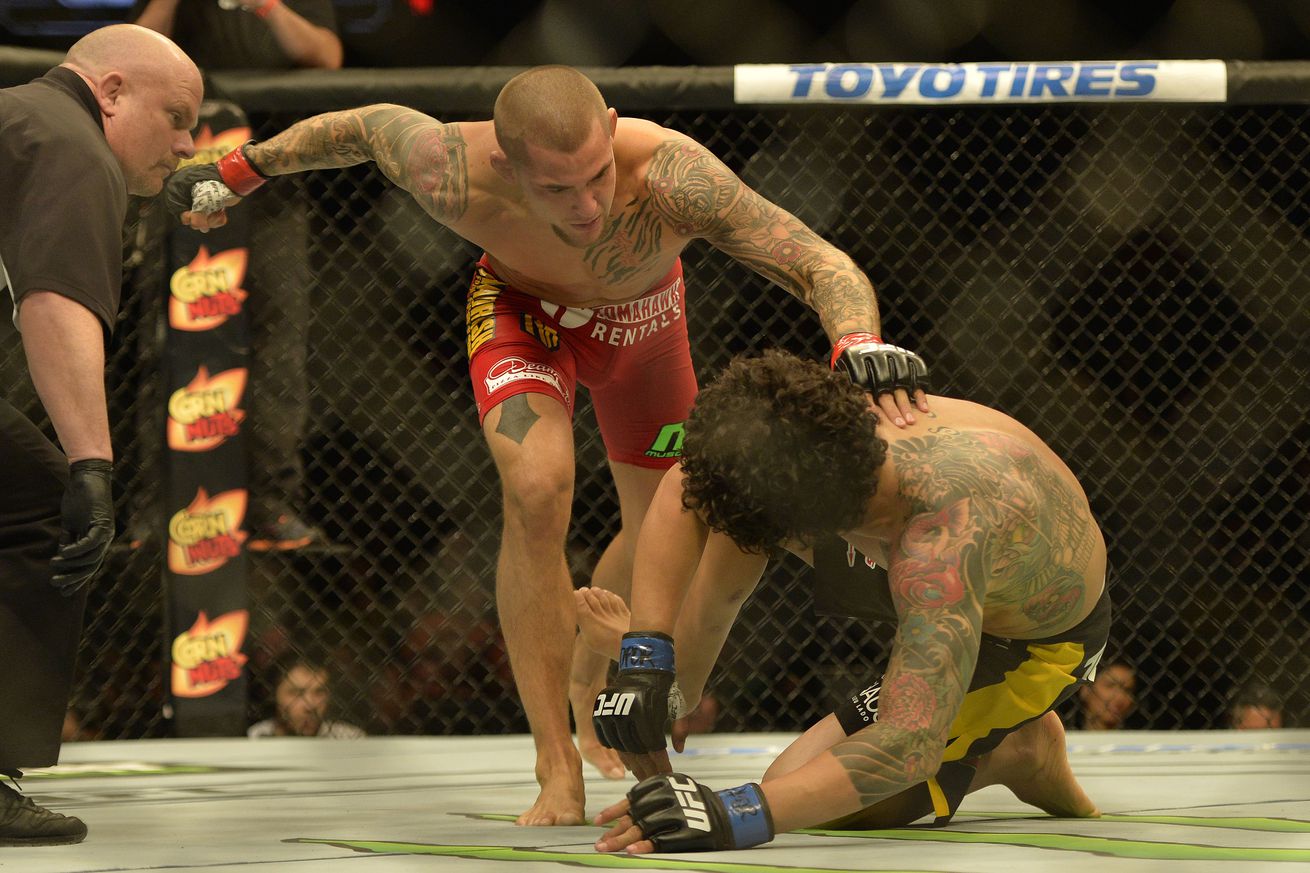 Dustin Poirier and Bobby Green will square off this Saturday (June 4, 2016) at UFC 199 inside The Forum in Inglewood, California. In a match up of Lightweights looking to break into the Top 10, what adjustments must be made for either man to claim victory? Find out below!

Ultimate Fighting Championship (UFC) Lightweight scrappers Dustin Poirier and Bobby Green will throw down this Saturday (June 4, 2016) at The Forum in Inglewood, California.

Poirier established himself as a top fighter at Featherweight, but failed to secure a title shot. Since moving up to Lightweight, “The Diamond” looks better than ever and has picked up some serious momentum.

After winning four straight fights and landing a position in the Top 10, Green came up short in his last bout. Well over a year has gone by since that time, and Green is looking to remind fight fans that he’s an elite veteran.

Dustin Poirier
Record: 18-3
Key Wins: Joseph Duffy (UFC 195), Carlos Diego Ferrira (UFC Fight Night 63), Erick Koch (UFC 164)
Key Losses: Connor McGregor (UFC 178), Cub Swanson (UFC on FUEL TV 7), Chan Sung Jung (UFC on FUEL TV 3)
Keys to Victory: It’s pretty rare for a 27 year old to already be a five year Octagon veteran, but that’s the position Poirier finds himself in. He can credit that success to the well-rounded nature of his skill set, as Poirier is more than capable of blasting his opponents en route to the KO or grinding them into the mat.

Stylistically, this is a very interesting match up. Both men are pretty comfortable wherever the fight goes, and neither is outclassed in any one area.

With that in mind, Poirier needs to take his time and feel his opponent out. For example, if ….View full article