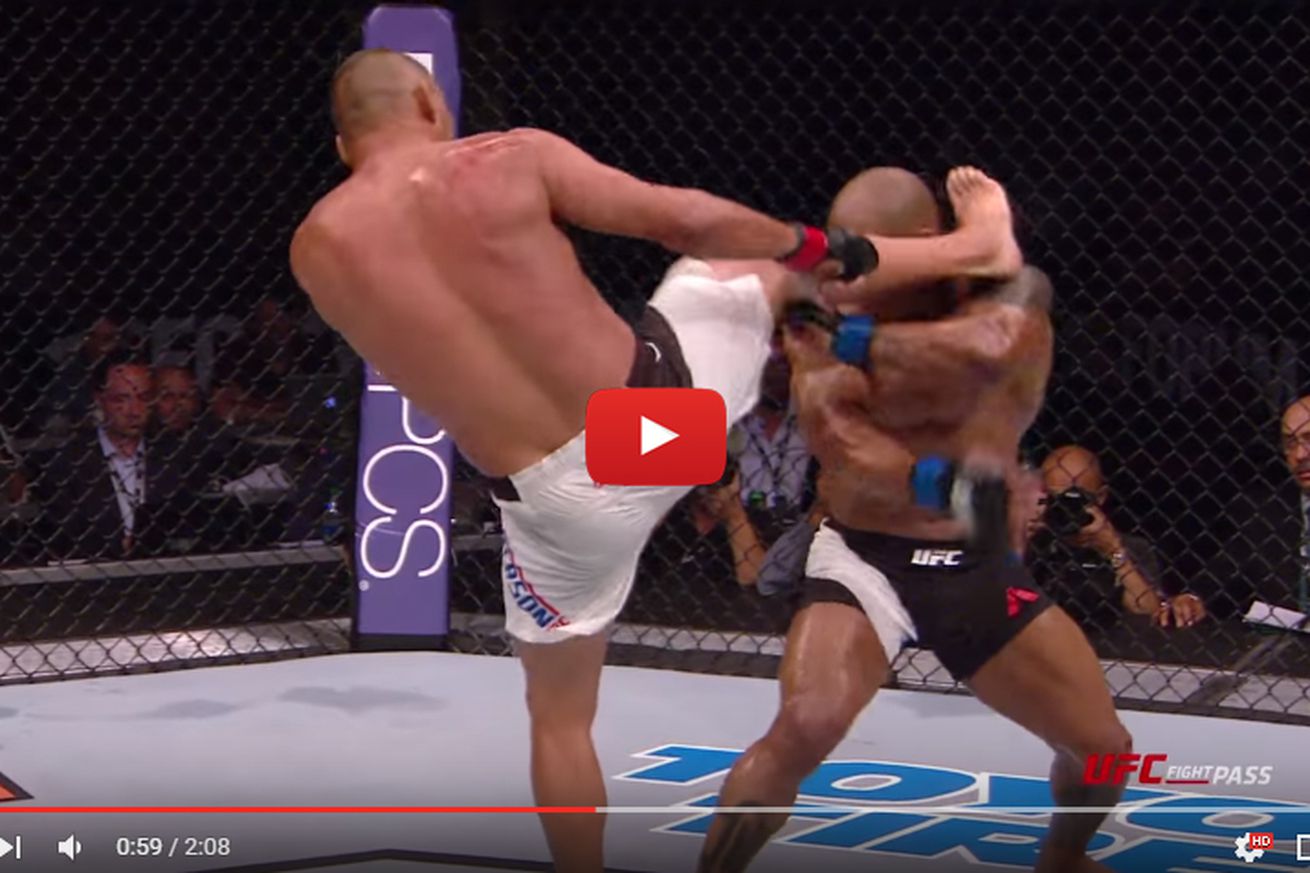 That’s where Luke Rockhold coughed up his 185-pound title in a short-notice rematch against Michael Bisping, as the result of a late injury to former middleweight champion Chris Weidman.

In the UFC 199 PPV co-main event, bantamweight champion Dominick Cruz turned away longtime nemesis Urijah Faber in a 135-pound rubber match that (hopefully) settled their score once and for all.

It was a wild and wacky night, which came with a few major announcements (like this and this).

“Rockhold vs. Bisping 2” provided the mixed martial arts (MMA) community with plenty of hard-hitting action, though I must admit, it looks even better in super slow motion in the embedded video above.