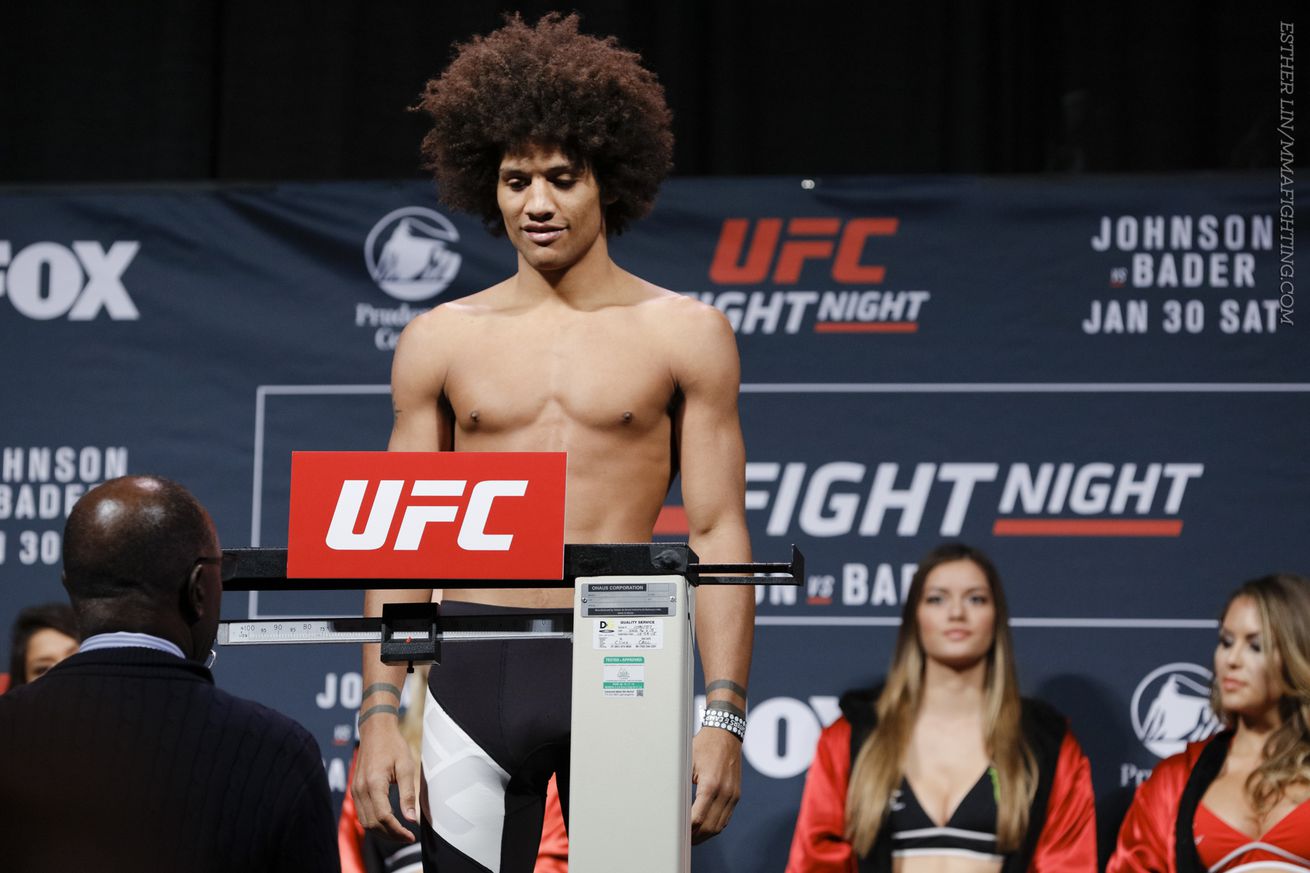 INGLEWOOD, Calif. — Alex Caceres had to know when he decided to step in for B.J. Penn on short notice that he’d be in for a scrap with Cole Miller on Saturday night.

Even after Caceres took the first two rounds in their featherweight fight, he wasn’t in the clear.

Indeed, the cagey Miller threw everything but the kitchen sink at him in the final round. But it wasn’t quite enough, as Caceres held on for a unanimous decision win in their UFC 199 scrap. The judges’ scores at the Forum were 29-28, 29-28, and 30-27.

Caceres, a.k.a. “Bruce Leeroy,” looked sharp from the outset, moving forward with a variety of strikes which kept the sluggish-looking Miller backpedaling and off-balance.

In the second, Caceres further turned up the pace, as he not only landed quick, precise, and varied strikes, but also effortlessly threw Miller to the mat on multiple occasions.

The veteran Miller went for broke in an entertaining final round, getting a rear-naked choke at one point, a tight armbar at another, and another choke in the closing seconds. But Caceres (12-8, 1 NC) held on and secured the win.

Miller dropped to 21-10 with a no contest. The American Top Team competitor hasn’t won a fight since January 2014.