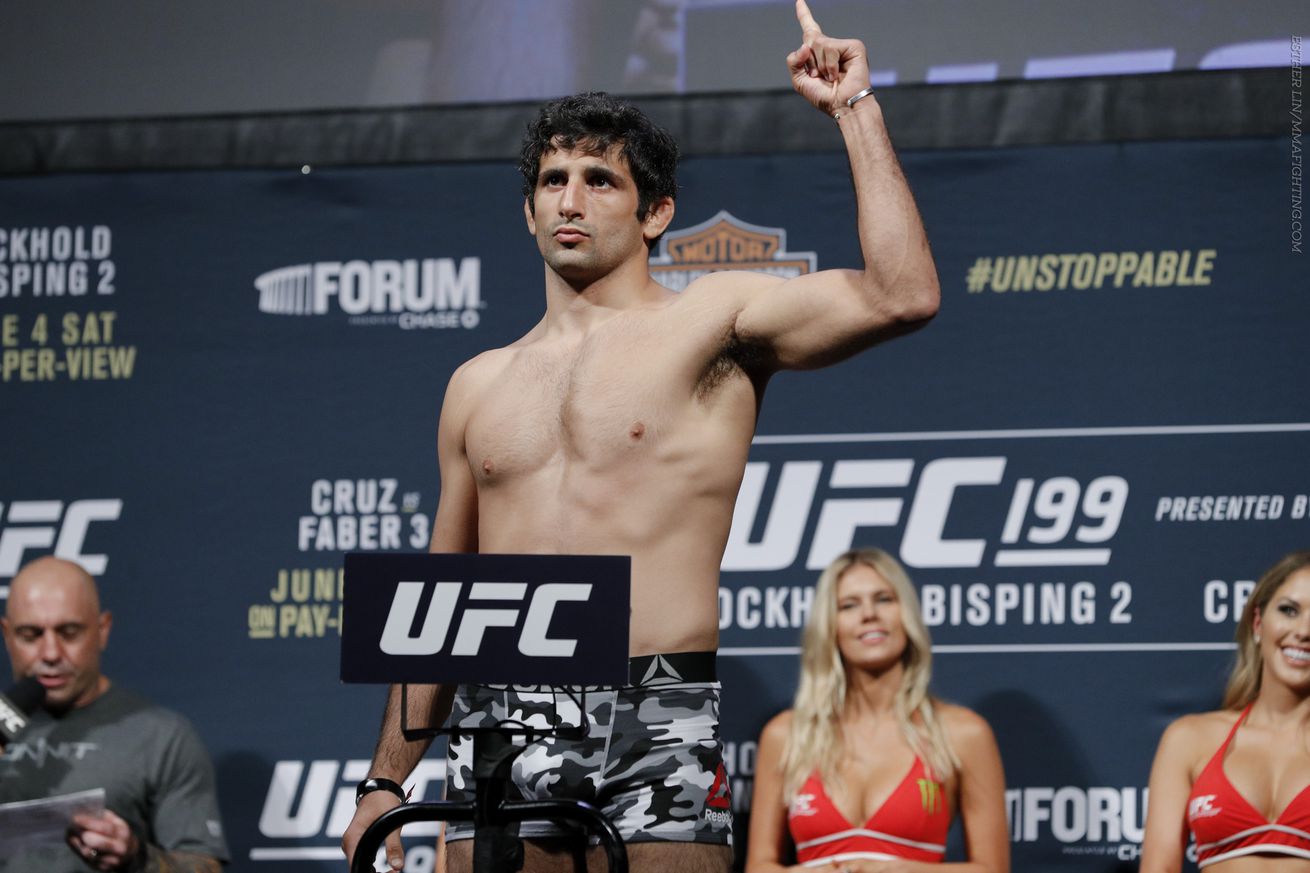 INGLEWOOD, Calif. — James Vick wasn’t penalized for a pair of rapid eye pokes early in the first round of his UFC 199 fight with Beneil Dariush.

So Dariush made sure he’d pay one way or another.

Dariush put on a ferocious display in finish Vick in their lightweight bout on Saturday night. The Kings MMA fighter used a giant left hand to finish Vick off at 4:16 via knockout.

Dariush looked sharp from the get-go, cracking the previously undefeated Vick (9-1) with a paid of vicious body kicks. But Vick twice poked Dariush in the eye, leading to time-outs.

After the second one, Dariush took control, dropping him with a left and unleashing a ground-and-pound onslaught. Vick got back to his feet, but that didn’t help matters. One left hand to the jaw left Vick wobbly, then a monstrous overhand right got the job done.

Dariush lost to Michael Chiesa just six weeks ago and specifically requested to get back in as soon as possible, taking this fight on late notice and going to 6-1 in his past seven.

“I was shocked,” Dariush said. “I was getting tired, I had to give myself a second to breath and get in there. This fight was about redemption, six weeks ago something happened, and God gave me the chance to go out there and do it.”