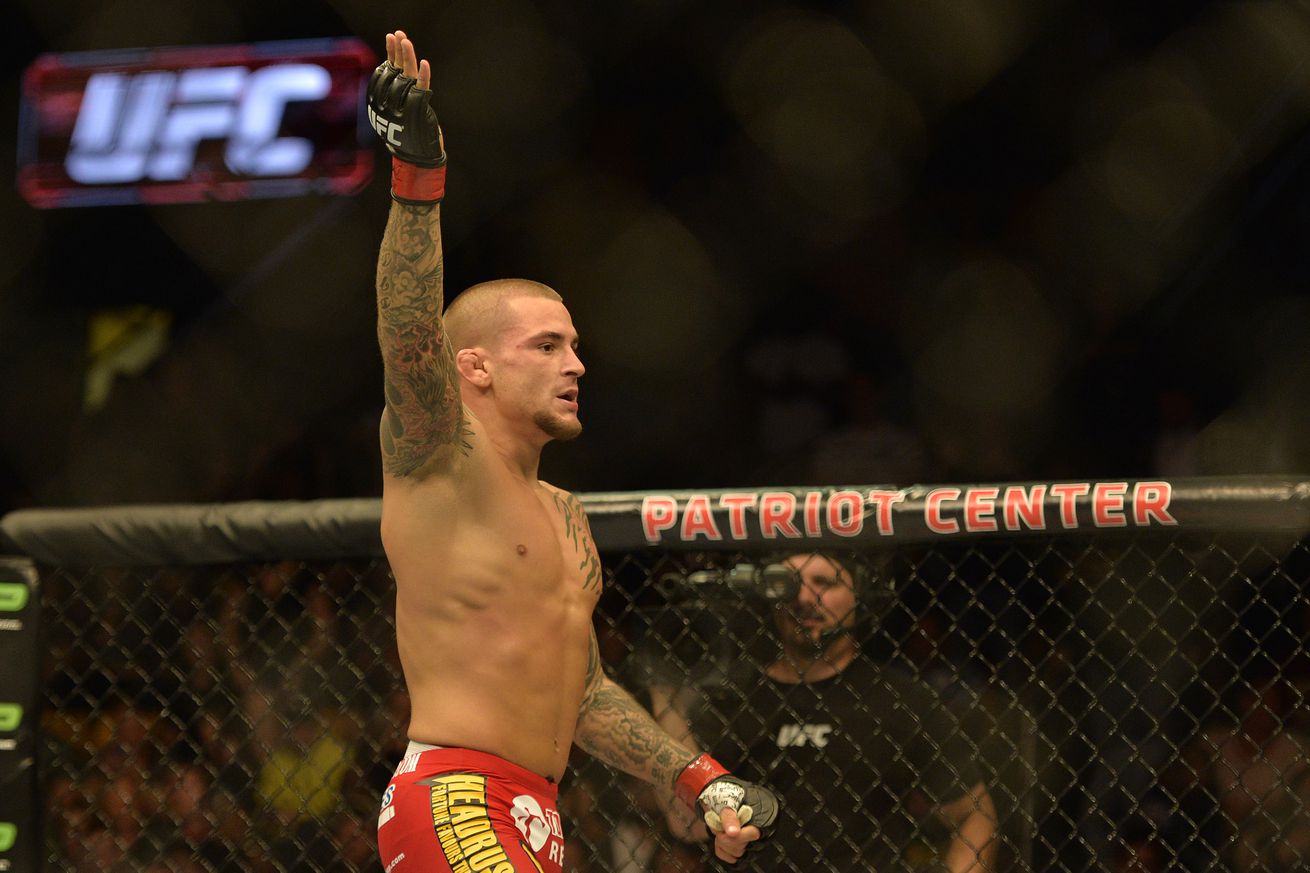 Top 15-ranked Lightweight contenders Dustin Poirier (No. 11) and Bobby Green (No. 13) threw down inside the Octagon tonight (Sat., June 4, 2016), kicking off the UFC 199 pay-per-view (PPV) main event from inside The Forum in Inglewood, California.

And it didn’t last long.

Both fighters came out of their corners swinging leather, trading shots in the center of the Octagon. Poirier began to land some heavy leg kicks that apparently did not impress Green, who began to flap his comes and throw up his hands. Soon after, Poirier landed three left hooks that dropped Green, who was able to survive. Poirier continued to pour on the pressure, though, stinging Green repeatedly with crisp strikes. Green fired back, but it was clear that Green was not right. Poirier then landed another huge left hook along the cage, sending Green to the canvas once again. Poirier followed up with strikes as Green was facedown on the mat, compelling the referee to step in and waive off the fight less than three minutes into the match.

Poirier continues to look like a stud since his return to 155 pounds, winning four consecutive bouts and putting him into a great position to crack the Top 10 and earn a more meaningful fight against a higher-ranked opponent in the near future.

For complete results from UFC 199: “Rockhold vs. Bisping 2,” including play-by-play updates, click here and here.