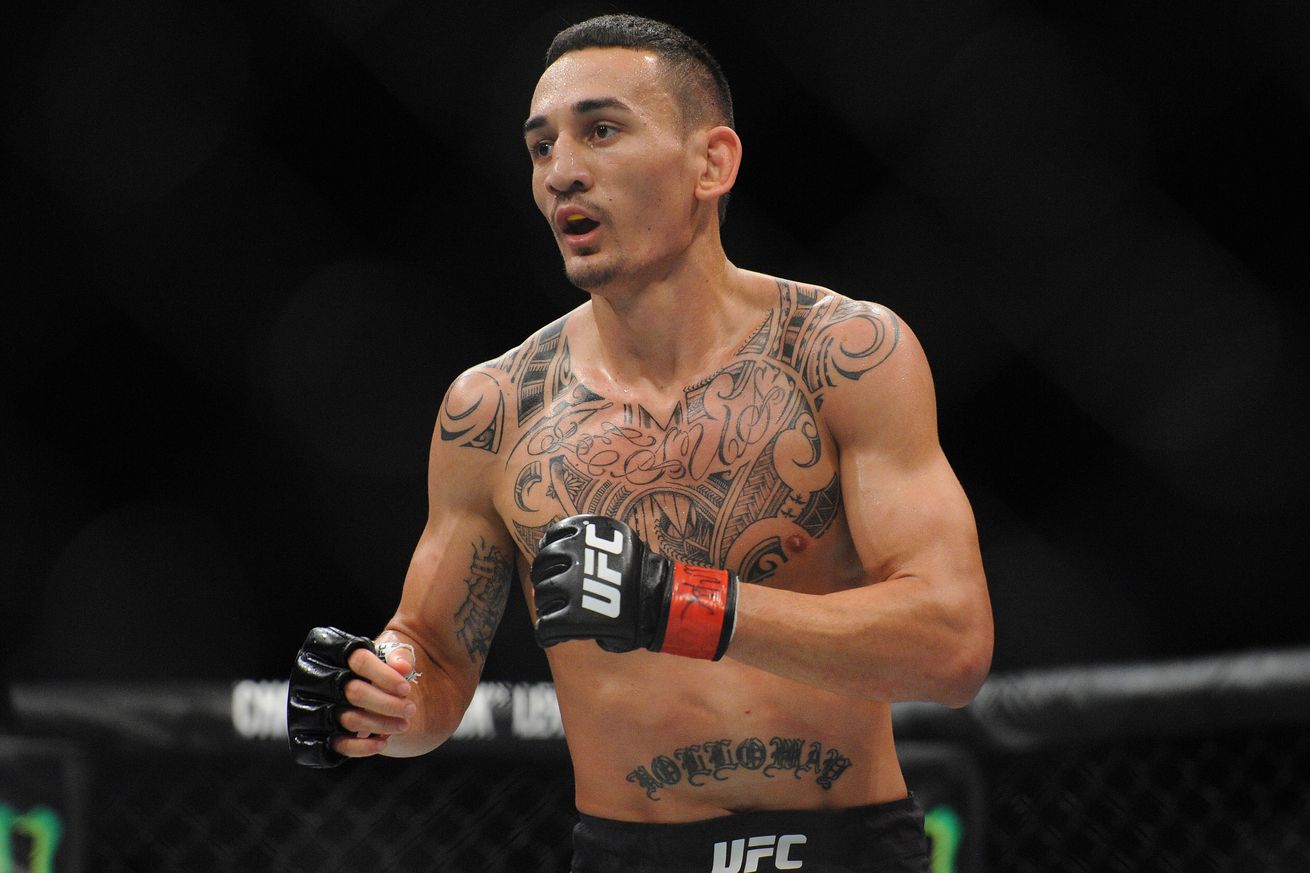 Top-ranked Featherweight contenders Max Holloway (No. 4) and Ricardo Lamas (No. 5) locked horns tonight (Sat., June 4, 2016) at UFC 199, which took place inside The Forum in Inglewood, Calif., hoping to inch one step closer to a future 145-pound title shot.

Holloway had won eight consecutive matches coming into this evening, his most recent loss a hard-fought decision against Conor McGregor — who is now the division champion — back in Aug. 2013. After tonight’s dominating performance, the Hawaiian has push it to nine straight.

Lamas made it pretty clear early that he didn’t want to get too close to Holloway, a very effective and dangerous striker who can end a fight in a flash. Holloway was able to close the distance and land a nice right hook, then a straight left that definitely got the attention of Lamas. Holloway started to cut off the cage and swarm him along the fence with accurate shots as Lamas struggled to defend. Looking to escape the onslaught, Lamas dove for a takedown, which Holloway was able to defend and threaten with a submission before they returned to their feet. Lamas dove in for another single-leg takedown, but could not complete it, as Holloway refused to go to the floor. On the break, Holloway landed a gorgeous spinning back wheel kick that stunned Lamas just as the first round came to a close.

Lamas continued to try and play keep away to start the second frame, but Holloway was determined to cut him off and punish him along cage. Lamas was successful with his low kicks, but it wasn’t doing much to deter Holloway’s aggression. Mid-way through the round Holloway began to tag Lamas with a series of strikes, and as the crowd roared. Lamas fired back with two clean shots that forced Holloway ….View full article