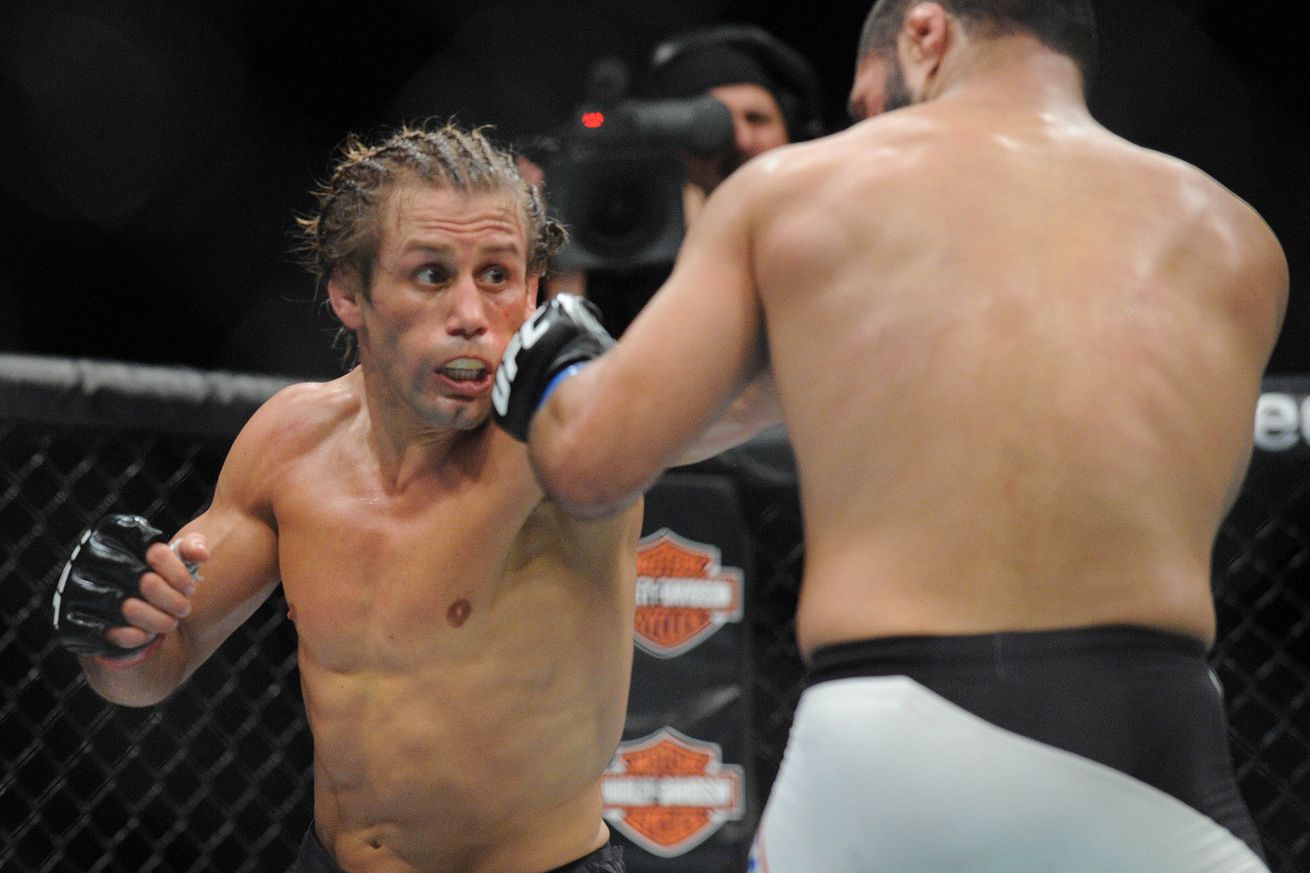 This may very well be Urijah Faber’s last chance to hoist Ultimate Fighting Championship (UFC) gold. The former WEC champion will attempt to take the belt off of Dominick Cruz’s waist later tonight (Sat., June 4, 2016) at UFC 199 live from The Forum in Inglewood, California, as the two Bantamweight fighters meet for the third time.

Even with a main event showdown between current UFC Middleweight champion Luke Rockhold and long-deserving title contender Michael Bisping carrying much of the pay-per-view (PPV) appeal, Cruz vs Faber III has been a matchup in the making since “The Dominator” last defeated “The California Kid” back at UFC 132 via unanimous decision. Before that, Faber submitted Cruz in the first round at WEC 26 to retain his 145-pound title.

Needless to say, the bad blood between both of these elite 135-pound killers is realer than anything feud we’ve seen in the past. This includes Jon Jones vs Daniel Cormier, Anderson Silva vs Chael Sonnen, and even Dana White vs Tito Ortiz. To think that this trilogy bout will not deliver on all cylinders would be absolutely inaccurate.

While much attention has been cast upon Cruz and his inability to stay healthy, seeing as the champion has only fought twice since defeating Demetrious Johnson back in 2011, Faber is the one who we should be watching with a close eye later tonight at UFC 199. After all, the Team Alpha Male founder is already 37 years old and has fought 41 times throughout a 13-year career. This third installment opposite Cruz should be the last time Faber has a shot at a title, unless he develops a new level of skill and athleticism as he approaches his 40s.

During Cruz’s absence from the Octagon, ….View full article