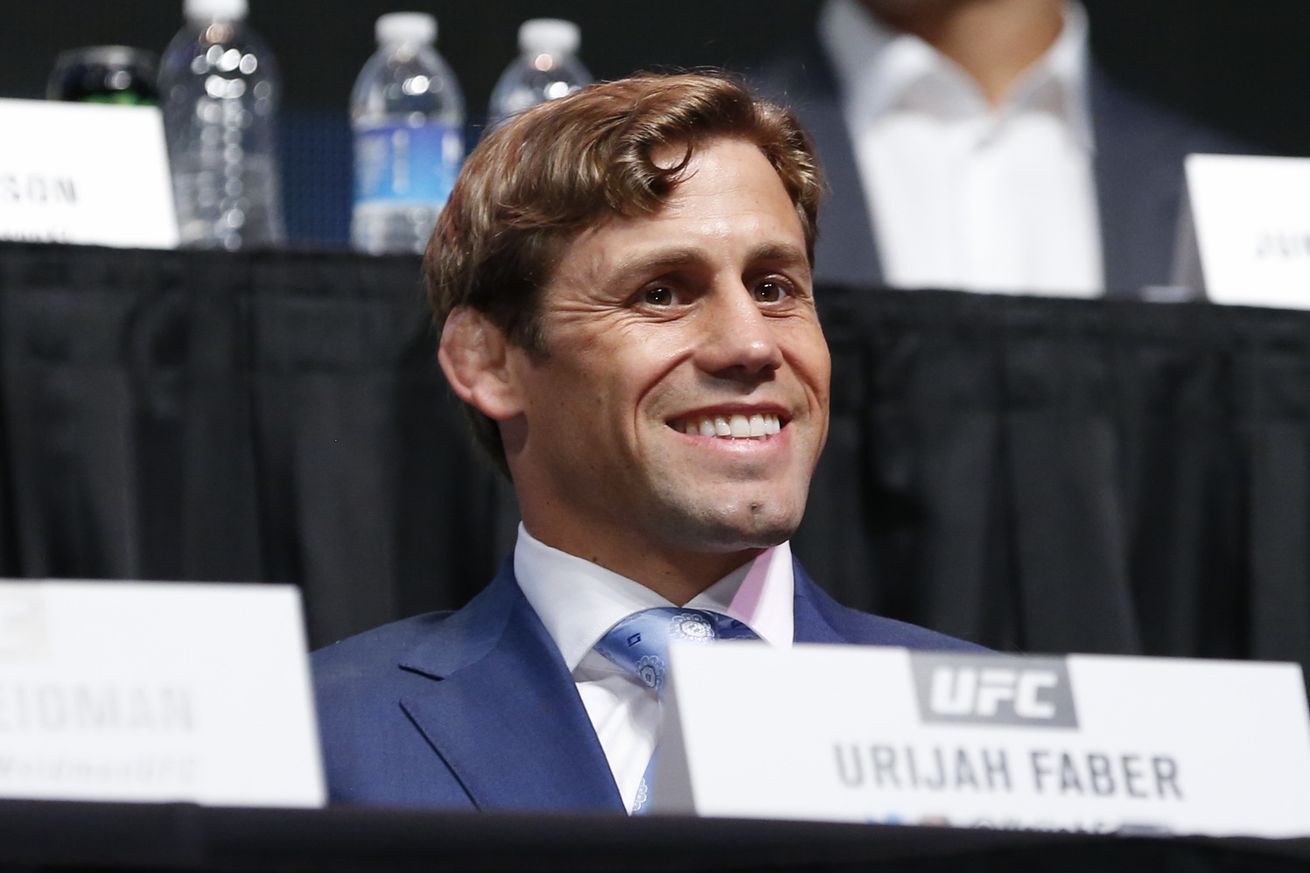 Sometimes when your rivalry with someone else is so deep, it seems you’re willing to join forces with another bitter rival to try and take them down.

The enemy of my enemy is my friend?

According to Urijah Faber, that’s exactly what seems to be going on with Dominick Cruz and T.J. Dillashaw, as he recently stated on The MMA Hour, insisting he is happy that their apparent disdain toward him has forced somewhat of a union between the two foes.

One that began after both combatants felt “The California Kid” insinuated they were on performance-enhancing drugs (PEDs) after he took aim at their ever-changing physical features.

“The best part about this whole rivalry is how it’s brought T.J. and Cruz together. You know what happens when somebody hints or says that I was doing some sort of PEDs? I would say, ‘Absolutely not, I’ve never done anything like that. I’ve never even considered it.’ In fact, I’ve been a proponent against it. So why would he even say that? I’d say, no. What do these guys do? They become best friends. Cruz is making up charities he thinks Dillashaw might have worked at. I mean, we ought to take a poll. Is it Dillacruz or Cruzashaw? These guys are a team now. It’s comedy. I can’t wait to see who backstabs who first.”

While Faber doesn’t deny he poked fun at Dillashaw’s “pre-pubescent teen” body and Dominick’s “back fat,” he is adamant he never used the words performance-enhancing drugs.

Still, “The Dominator” backed T.J. after Urijah’s statements, calling it a “scumbag move” on the part of the former World Extreme Cagefighting (WEC) champion.

The time for talking will hopefully come to end this weekend (Sat., June 4, 2016) as Faber and Cruz are set to collide in ….View full article