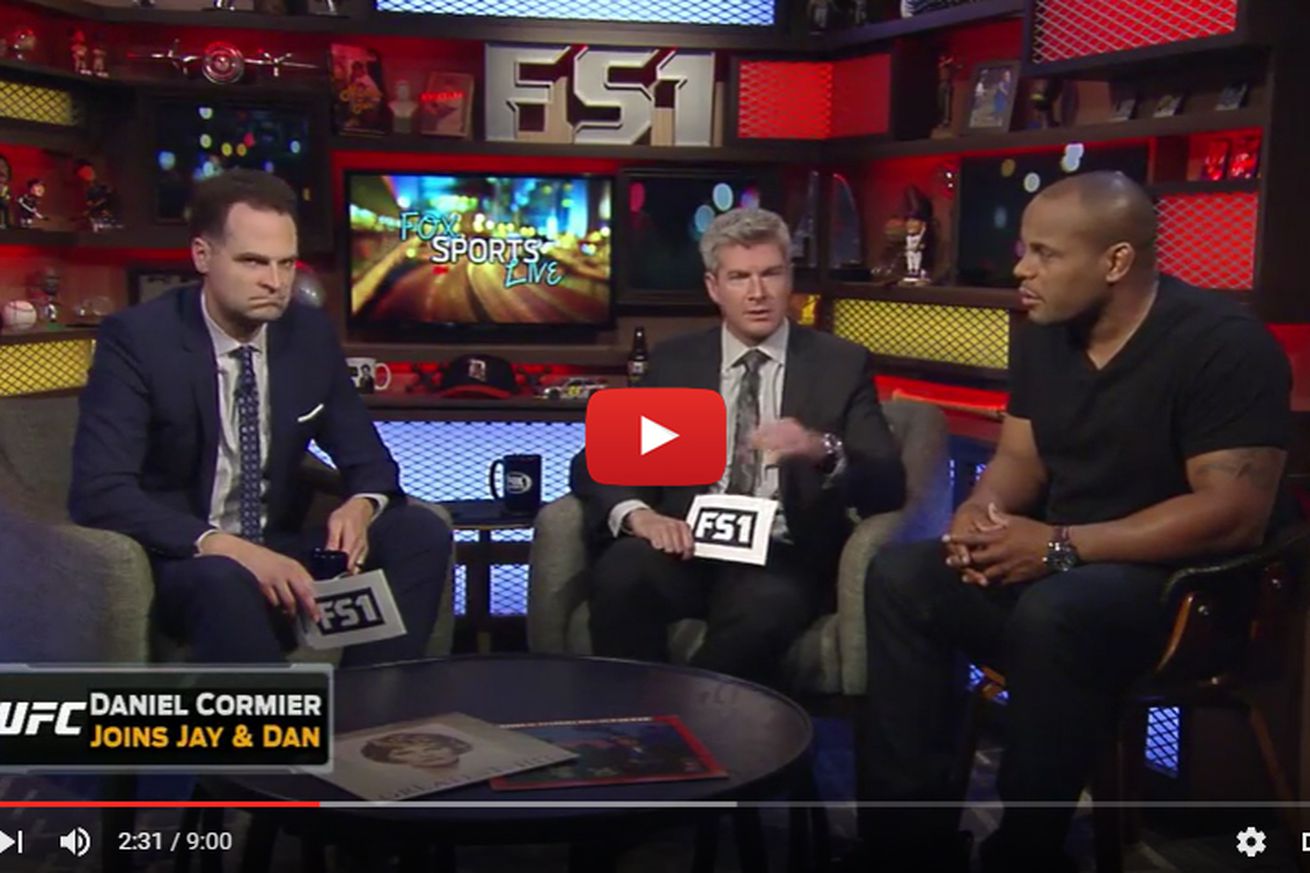 They would have competed at UFC 197 back in April; however, “DC” suffered an untimely leg injury and was forced to withdraw, paving the way for Ovince Saint Preux to step in on short notice to try to break “Bones.” He wasn’t successful, paving the way for “Cormier vs. Jones 2.”

So, how about that leg?

“It feels better. I was able to spar the other day. I felt good, my leg feels healthy. And like the third or fourth week is when the stem cells really start to take shape and they really start to help the healing process. I’m in week five now, so I feel pretty good. I don’t have much pain in it. I need to really control myself as I go forward,because you want to go in head first. I’m scheduled for such a big event, you want to get after it, but I gotta stay calm, I gotta hold back so I can get to the actual fight.”

Losing Cormier would be a devastating blow.

That’s because the UFC 200 already lost its original main event — after Conor McGregor decided he wasn’t filming any commercials for his Nate Diaz rematch — and can’t afford to lose another. Not when you consider the magnitude of this summer’s big shebang.

Speaking of which, see the latest UFC 200 fight card and rumors right here.