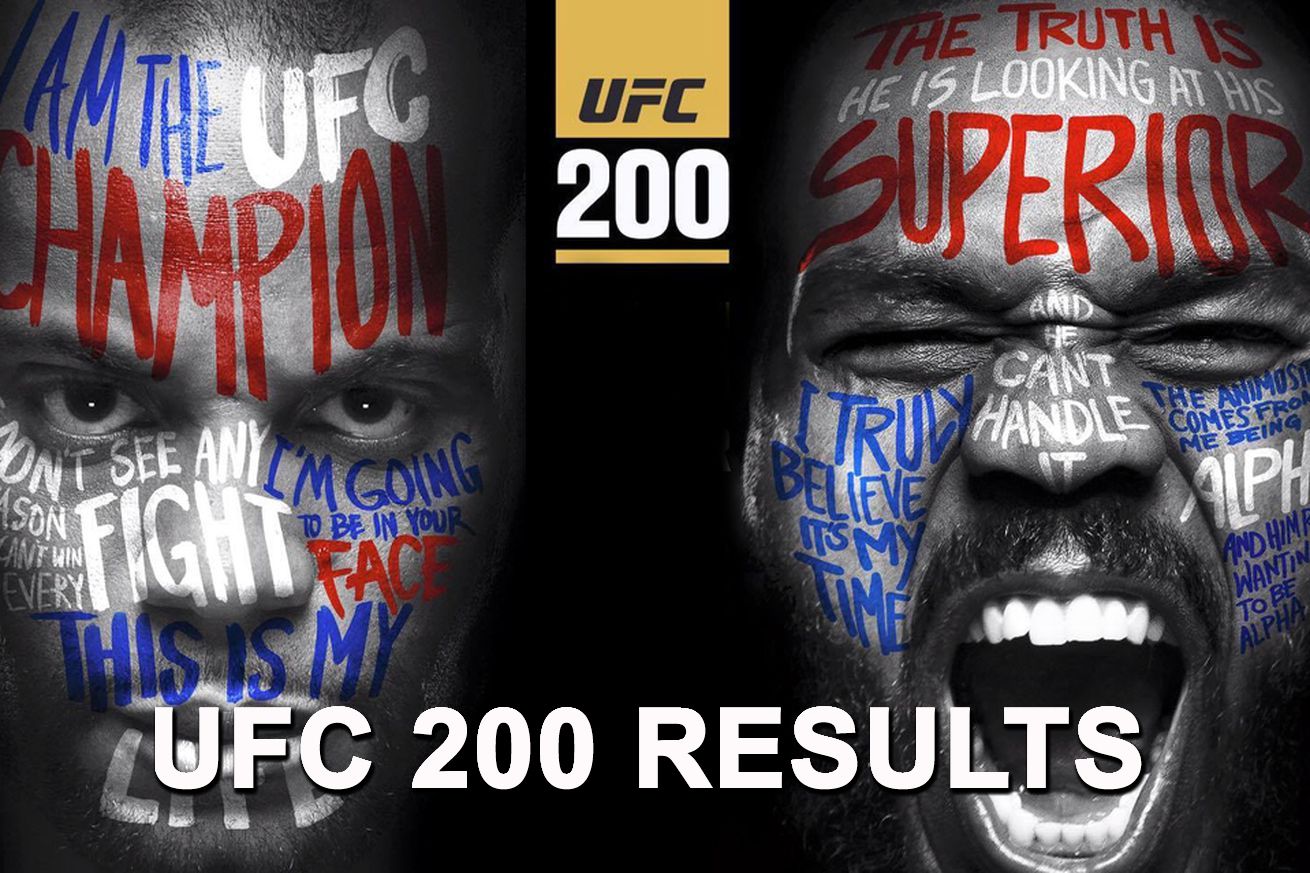 Ultimate Fighting Championship (UFC) returns to the pay-per-view (PPV) market on Sat., July 9, 2016, for what could be its most stacked mixed martial arts (MMA) fight card of the year — or perhaps ever — inside the brand new T-Mobile Arena in Las Vegas, Nevada.

And with a big card you need big names, which is why Daniel Cormier and Jon Jones will headline UFC 200 with a five-round light heavyweight championship that will — barring a draw — unify the 205-pound titles. It will take a “Bones” victory, however, to end their ongoing rivalry.

In the UFC 200 co-main event, former heavyweight champion Brock Lesnar will return to combat sports for a grappler vs. striker showdown opposite Mark Hunt. But before that happens, Miesha Tate defends her 135-pound strap opposite Amanda Nunes, while Jose Aldo and Frankie Edgar run it back for a temporary featherweight title.

All that and much, much more.

MMAmania.com will deliver LIVE round-by-round, blow-by-blow coverage of the entire UFC 200 fight card below, starting with the Fight Pass “Prelims” matches online, which are scheduled to begin at 6:30 p.m. ET, and then the remaining undercard balance on FOX Sports 1 at 8 p.m. ET, before the PPV main card start time at 10 p.m. ET.

Many of our readers check-in before, during and after the televised fisticuffs to share their thoughts on all the exciting action. Therefore, feel free to leave a comment (or 200) before you split and chat with all the other Maniacs during the show — it always turns out to be a great discussion.

Keep in mind that we will also be the spot for the latest news, recaps and post-fight analysis after “Cormier vs. Jones 2.”

Without further delay, see below for the latest UFC 200 results. (Note: This will go from the bottom ….View full article