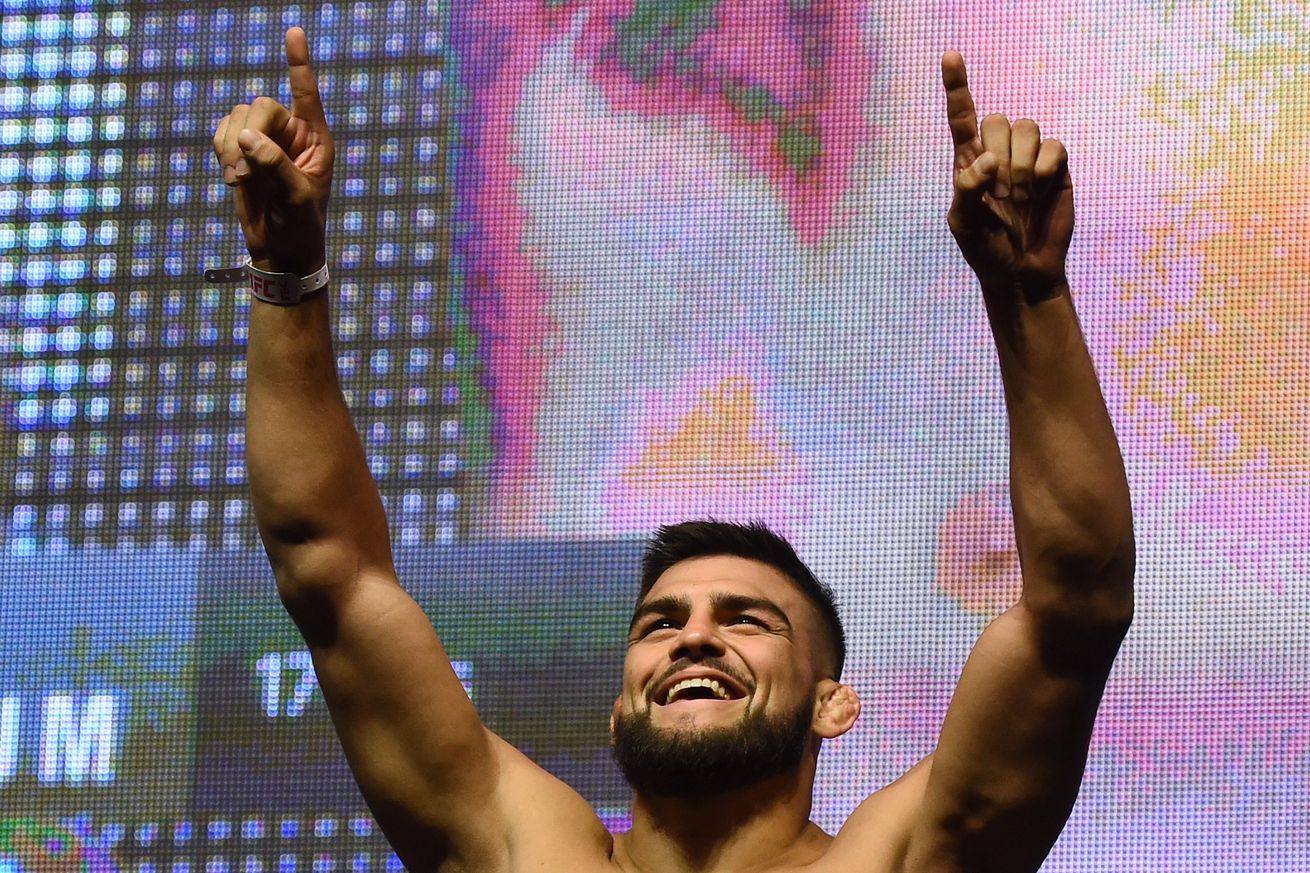 In the third FS1 “Prelims” bout, former Ultimate Fighting Championship (UFC) Welterweight champion Johny Hendricks was aiming to get back into the win column following his loss to Stephen Thompson at UFC Fight Night 82 in an interesting matchup with former TUF winner Kelvin Gastelum.

Gastelum looked great in the early going, offering powerful leg kicks, tremendous combinations along the cage and timing that often kept Hendricks frozen in time. Hendricks wasn’t able to do much in the first round as Gastelum commanded the center of the Octagon and found a home for countless overhands.

In the second round, Hendricks was able to close the distance and wear Gastelum down against the cage. Gastelum landed countless knees to the body in order to get his back off the cage, but “Bigg Rigg” began to press forward on the feet. Both men began to tire as Round 2 came to a close.

With a little extra gas in his tank, Gastelum turned the pressure on in the third. He came out aggressive, forced Hendricks to back up and take on even more punishment. Unlike his old self, Hendricks began to load up on counters and allowed Gastelum to land first. The two exchanged a barrage of punches to end Round 3, but it was Gastelum who landed more damage.

Gastelum looked fantastic tonight as he earns the unanimous decision win. The victory will undoubtedly propel him into the thick of the ongoing title race at 170 pounds.