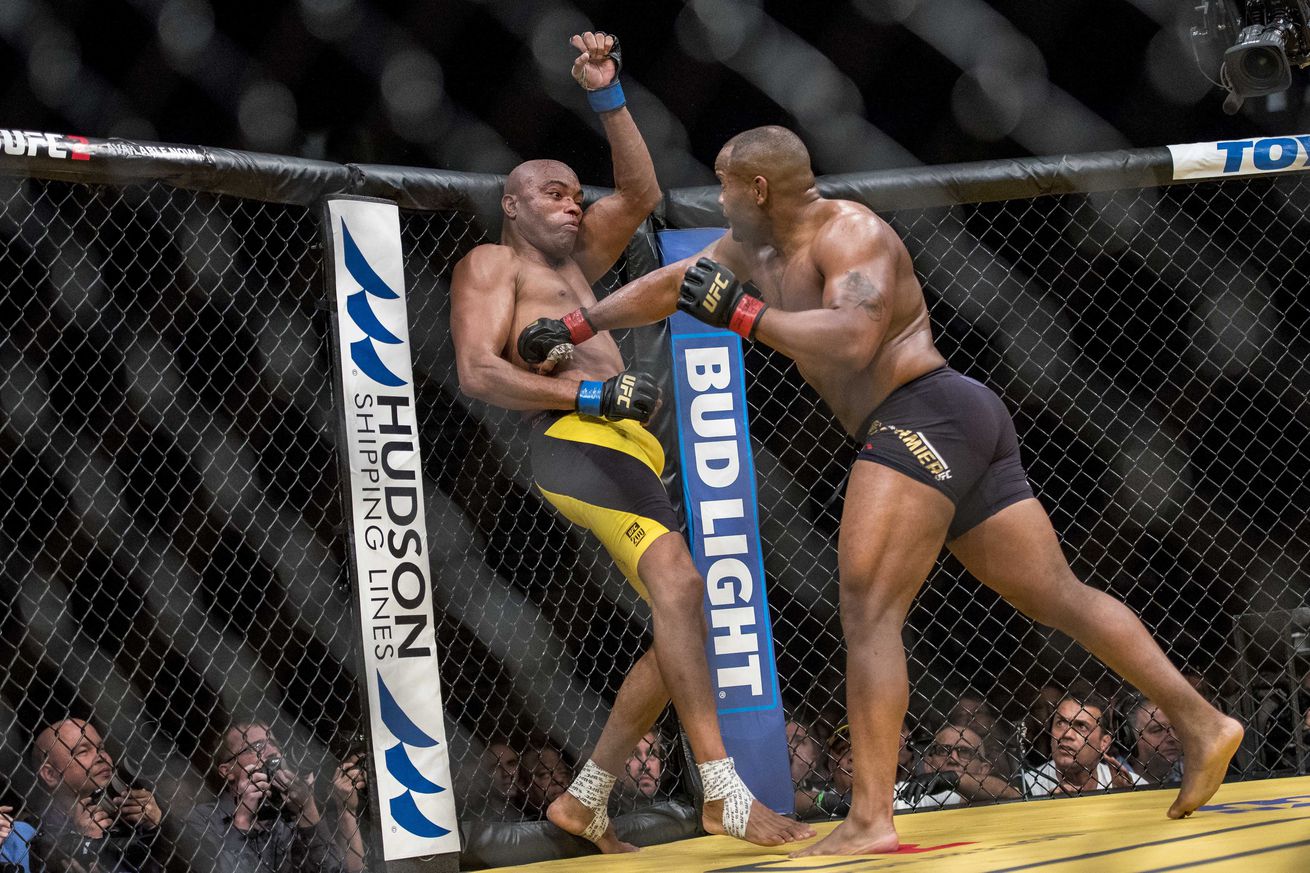 Last night (Sat., July 9, 2016), Daniel Cormier and Anderson Silva threw down at UFC 200 inside T-Mobile Arena in Las Vegas, Nevada. Cruising to a win, Cormier out-wrestled his foe. Find out how below!

While Cormier was undoubtedly frustrated by losing his opportunity to knock Jon Jones down a peg, the show must go on. Luckily, the UFC quickly found a pretty solid replacement in Silva, giving Cormier another chance to defend his title.

Meanwhile, Silva had a massive opportunity on his hands, even if he wasn’t properly trained for the occasion. If “The Spider” could pull off the upset, he would likely be in a position to fight for the strap at either Middleweight or Light Heavyweight.

It didn’t take long for Cormier to walk his opponent backwards with kicks and land an easy takedown. Cormier immediately began chipping away at his opponent from within the guard before moving into half-guard.

From that position, Silva used the lockdown and overhooks to control Cormier and limit the amount of damage the Olympian could do. However, Cormier was still able to open up in the final minute and land some solid blows on “The Spider.”

The first round was all “DC.”

Silva opened up with lots of kicks and knees, but Cormier quickly caught one and dumped Silva to his back. Working from the half guard once more, Cormier attacked with elbows and sought to isolate the arm in a kimura grip.

With about 90 seconds remaining, the fight was stood up after a slight lull in ….View full article