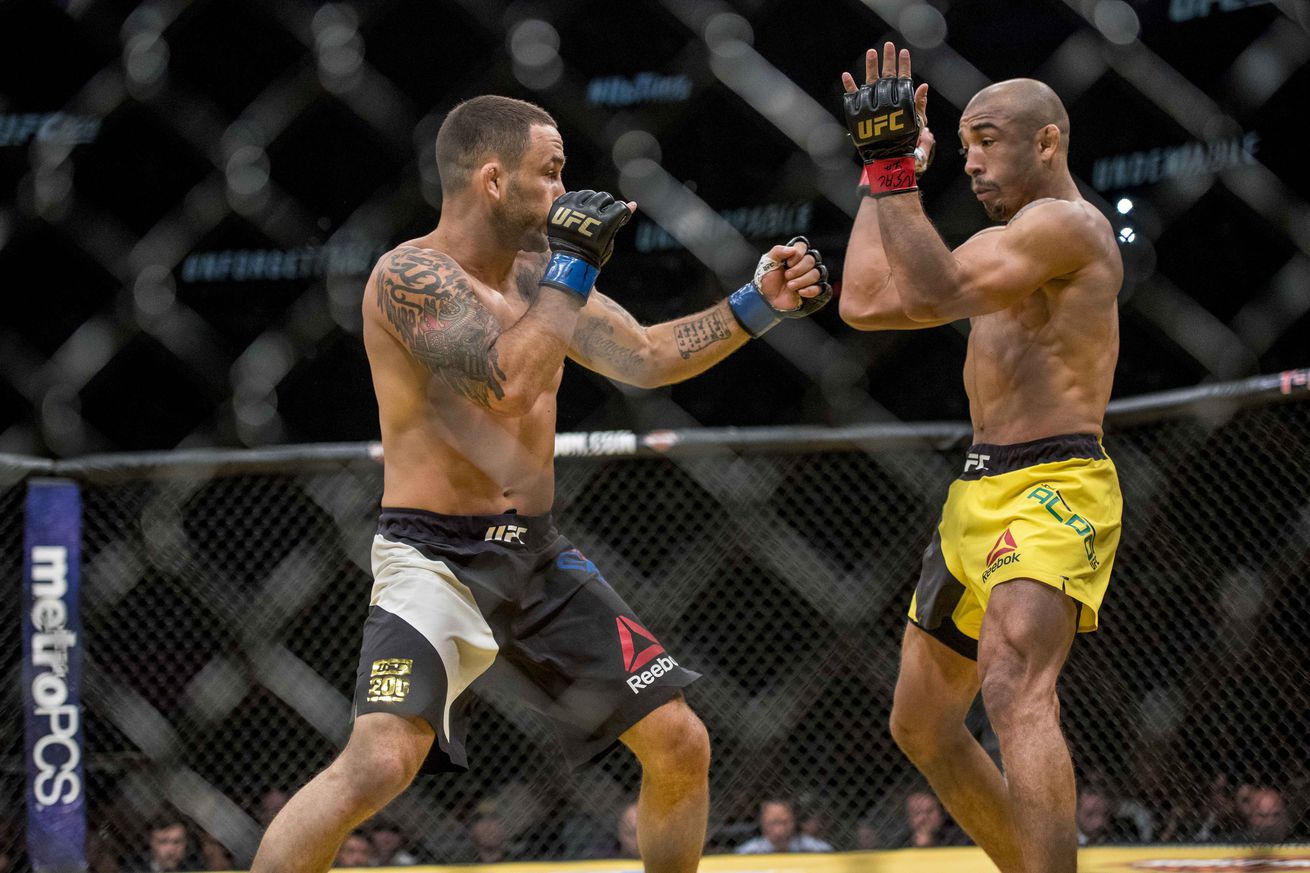 With Featherweight champion, Conor McGregor, too cool for the 145-pound division, top-ranked contenders Jose Aldo and Frankie Edgar ran it back tonight (Sat., July 9, 2016) for the interim title at UFC 200, which took place inside T-Mobile Arena in Las Vegas, Nevada.

Aldo won their first encounter via unanimous decision at UFC 156 back in Feb. 2013. Fast forward three years later and it was more of the same.

Edgar, typically, came out for the first round bobbing and weaving, circling and looking for an opportunity to get going early. He pressed forward with a combination, but Aldo adeptly avoided contact and circled away from danger. Aldo finally decided to engage mid-way through the opening round and Edgar made him pay, backing him up with a flurry and drilling him with a leg kick on his way out. Aldo missed with a looping right hand, which Edgar ducked under and threatened with a single-leg takedown before letting it go and returning to the stand up, where he landed a nice combination. Both missed on a simultaneous spinning kick, giving Aldo an opening to drill Edgar with a clean right hand, his best shot. The final 10 seconds were wild, with Edgar missing with a high kick and Aldo touching him up as the horn blared.

Aldo, was seemingly more comfortable starting the second stanza, but he was still economical with his strikes. He landed a nice knee to Edgar’s mid-section, which appeared to be a major part of the gameplan based on the conversation in his corner between rounds. Edgar appeared to lost patience mid-way through the frame, chasing the Brazilian, looking to close the distance, but ultimately coming up empty. Aldo landed a hard straight right hand in the center of the Octagon, only for Edgar to fire back with a ….View full article