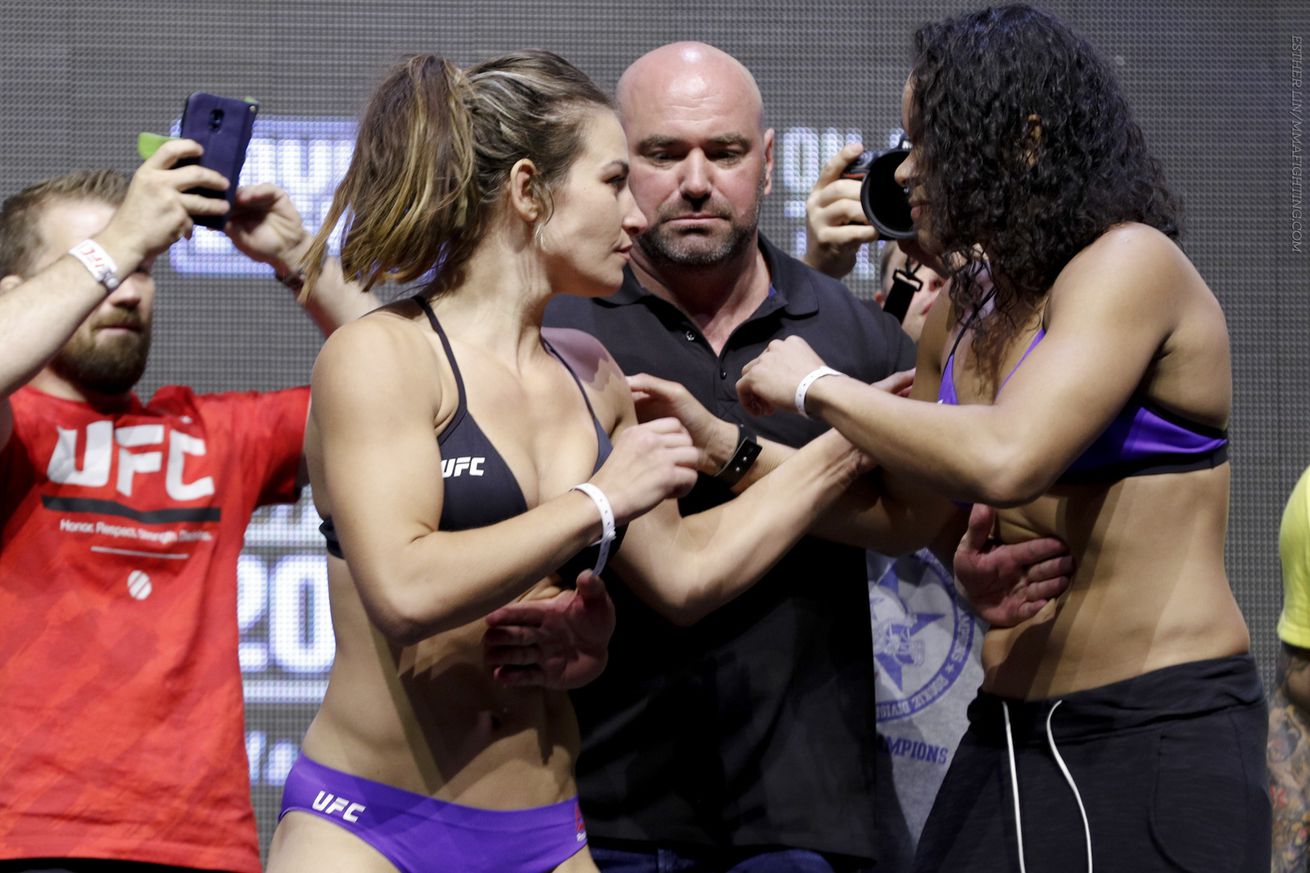 MMA Fighting has UFC 200 results for the Tate vs. Nunes fight card July 9, plus live coverage from Las Vegas, Nev., live blogs of all the fights, and live UFC 200 twitter updates.

In the main event, UFC bantamweight champion Miesha Title will put her belt on the line against Amanda Nunes in her first title defense.

Former UFC heavyweight champion Brock Lesnar returns to the Octagon to square off against heavy-hitting Mark Hunt in the co-main event. Lesnar last competed in the UFC at UFC 141 on Dec. 30, 2011.

Check out the UFC 200 results below.