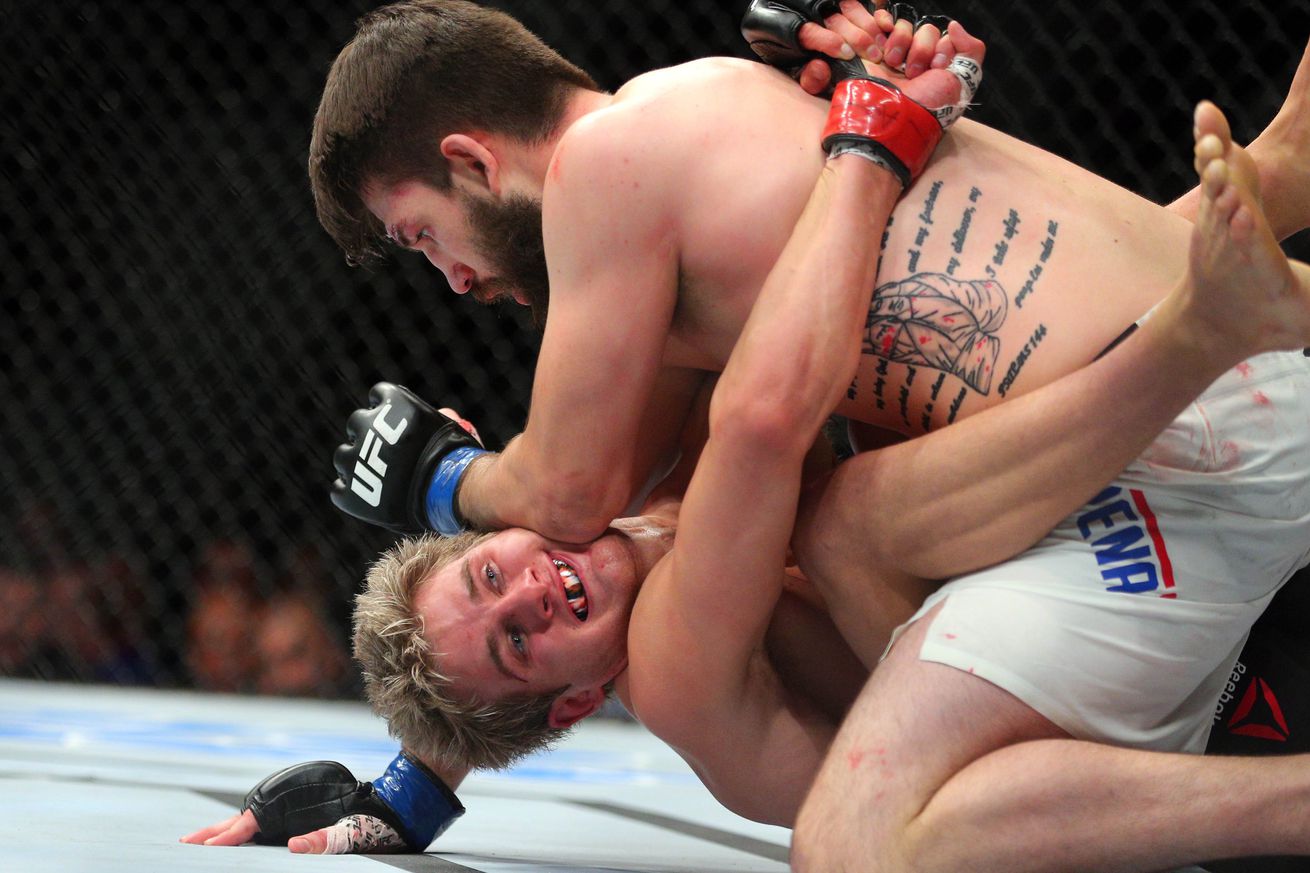 Sage Northcutt’s hype train came to a momentary halt at UFC on FOX 18 after the 20-year-old suffered the first loss of his professional mixed martial arts (MMA) career at the hands of Bryan Barberena.

But, as “Super” revealed after the loss, he wasn’t at full strength going into his third fight inside the Octagon — battling strep throat in the days leading up to the event — but opted to remain on the card. It’s a claim for which UFC President Dana White can vouch.

That said, Northcutt declared on “The MMA Hour” that had he been at full speed, the fluke loss wouldn’t have happened.

“It was a lot of fights in that amount of months. I believe looking back at my last fight, that was a fluke deal. If I wasn’t sick, I believe I would have finished off my opponent very quickly. So, that’s what I go out to do all of the time; is finish off my opponents. I have four knockouts, and three submissions, so that’s what I am looking to do for this fight and I am excited.”

“It was definitely interesting for sure. All I know is, what I can say is that I was not my normal self in my last fight against him and If I was my normal self it would have been a different story. It was a fluke deal my last fight. I know I wasn’t my normal self. I am very explosive, and you saw me go out there and trip over my own feet and have to fall on the ground, and throw a kick after falling. that wasn’t something that I would normally do, my ….View full article