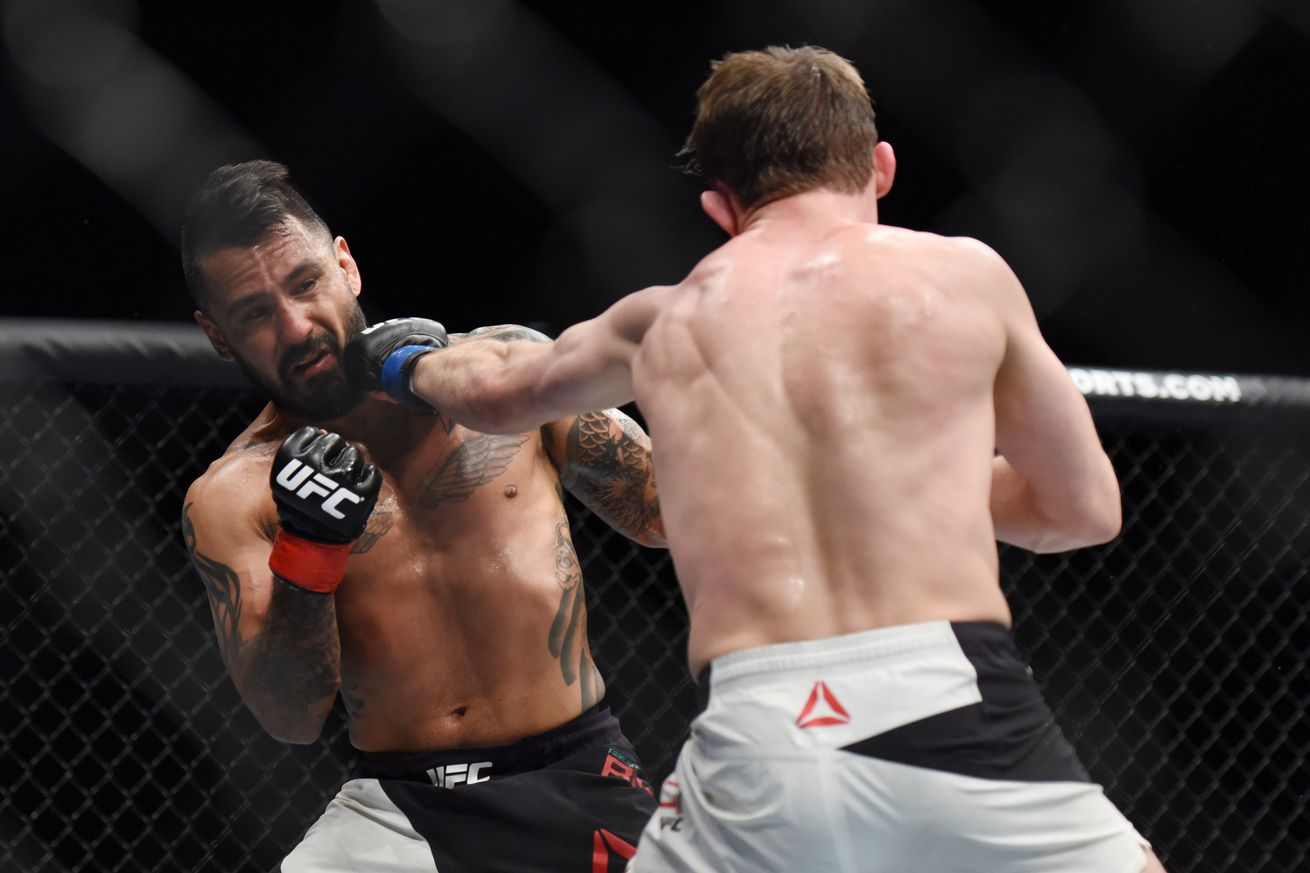 Francisco Rivera and Erik Perez will scrap this Saturday (July 30, 2016) at UFC 201 inside Philips Arena in Atlanta, Georgia. In a match up of fighters in major need of a win, what adjustments must be made for either man to claim victory? Find out below!

Ultimate Fighting Championship (UFC) Bantamweight brawlers Francisco Rivera and Erik Perez will slug it out this Saturday (July 30, 2016) at UFC 201 inside Philips Arena in Atlanta, Georgia.

Rivera is in the midst of a pretty serious rough patch. Having last four of his last five fights — regardless of the controversy of certain results — “Cisco” desperately needs a win here. On the other hand, Perez returned from a pretty long layoff and put forth a solid performance last time out. The Mexican combatant was once looked at as one of the division’s best prospects, and he’s looking to return to that position.

In this bout, Rivera does have a stylistic edge. The more refined striker with heavier hands, Rivera can force Perez to rely on his wrestling rather than striking. While that may be a big part of Perez’s game, he’s definitely more of a striker than anything else.

To defeat Perez, there’s a few things Rivera must accomplish. First and foremost, Rivera cannot afford to get tired, which has been a problem recently. If ….View full article