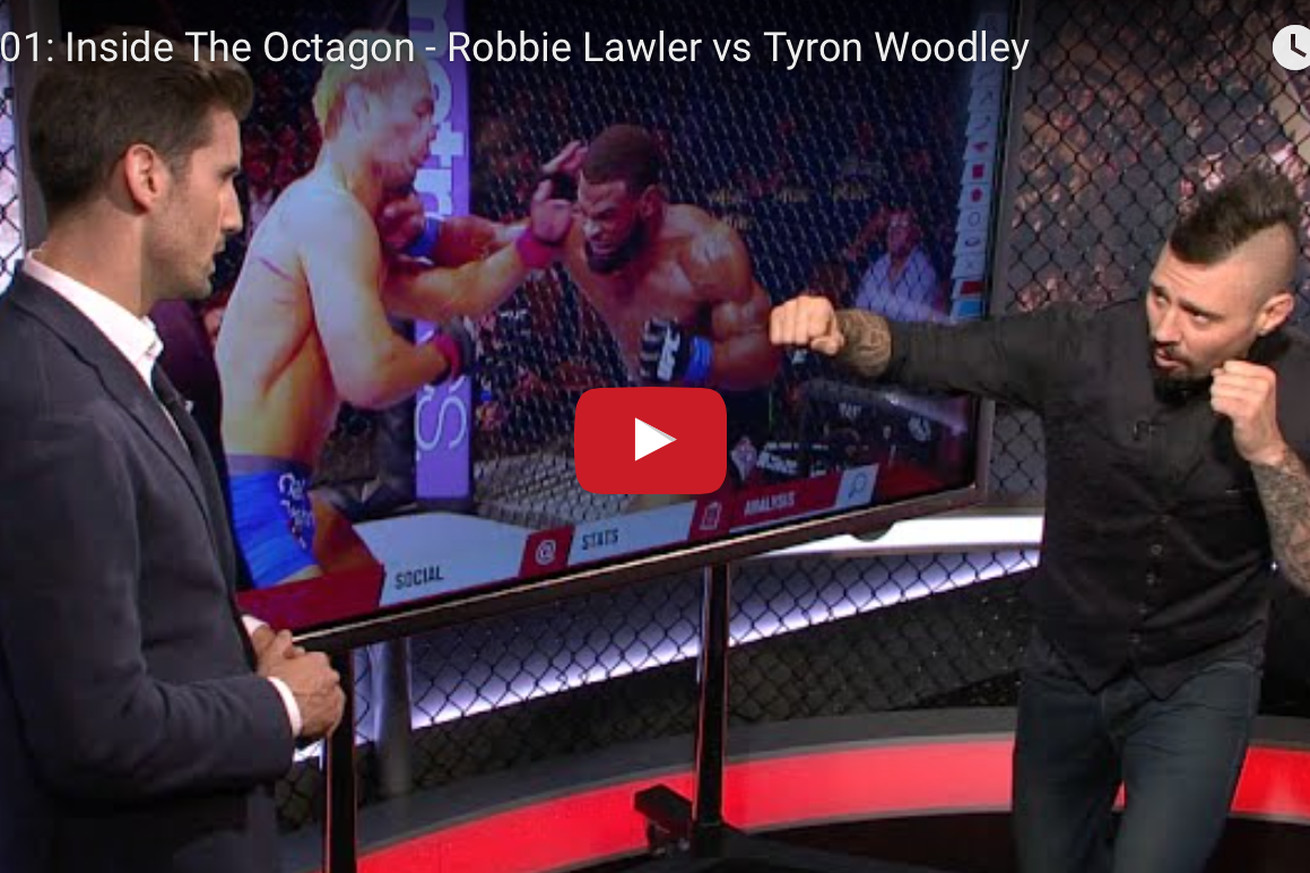 Lawler (27-10, 1 NC) hasn’t been seen since a controversial split decision win over Carlos Condit at UFC 195 back in January, his second straight title defense since capturing the crown from Johny Hendricks in late 2014. Woodley (15-3), meanwhile, earned his spot in line with consecutive wins over Dong Hyun Kim and Kelvin Gastelum.

Check out their “Inside the Octagon” video preview embedded above.

MMAmania.com will deliver LIVE round-by-round, blow-by-blow coverage of the entire UFC 201 fight card on fight night (click here), starting with the Fight Pass “Prelims” matches online, which are scheduled to begin at 6 p.m. ET, and then the remaining undercard balance on FOX Sports 2 at 8 p.m. ET, before the PPV main card start time at 10 p.m. ET.

To see who else is fighting at this weekend’s UFC 201 extravaganza click here.