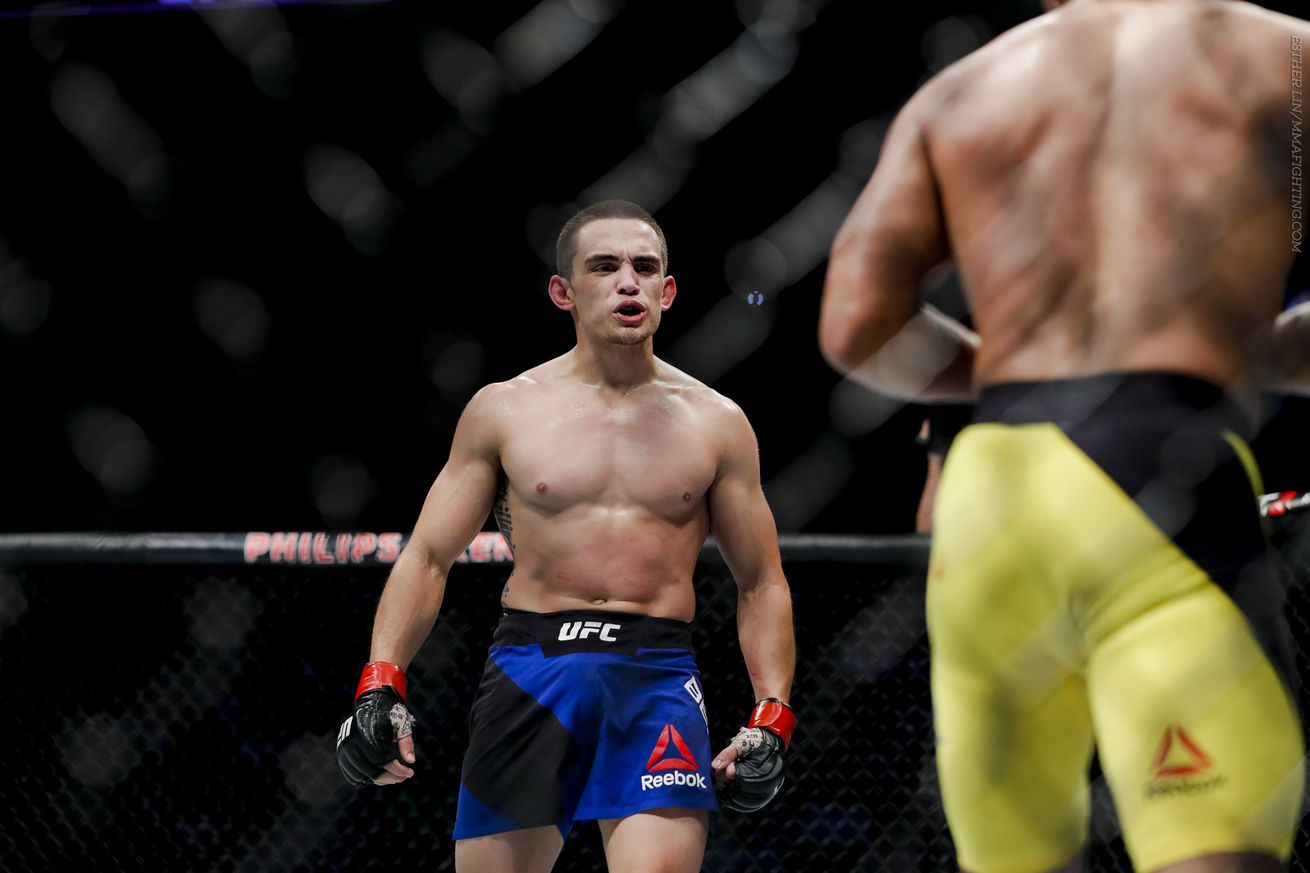 And it showed in a highly unconventional fight. Benoit dug down in the third round to take a split decision at UFC 201 in Atlanta on Saturday night. Benoit took two out of three 29-28 cards at Philips Arena for the victory.

“I took this on 10-days notice, it’s a short-notice fight for me, I’m nothing but thankful,” said Benoit (13-4), who won for the second time in his past three fights. “He’s a great guy, he’s super tough.”

Serrano (3-1), a 36-year-old former Olympic wrestler from Colombia and former TUF Latin America contestant, looked impressive with his wrestling, as he scored several big takedowns during the fight.

He was at his best in the opening round, a round which featured extracurriculars, as Benoit hit Serrano well after the horn and Serrano responded with a shove.

But by the second round, Benoit adjusted, and it was clear Serrano hasn’t quite matured his all-around MMA game. Benoit landed the better shots and when Serrano did score takedowns, Benoit was quick to scramble back to his feet. It went this way the remainder of the fight until Benoit emerged victorious and handed Serrano his first career loss.